The Bluetooth performance on the 2016 Pixels is genuinely terrible. The mobile radio's signal characteristics are OK at best - I often lose signal entirely in my apartment, which never happens on the 2 XL. The speaker isn't great, and the headphone jack's power output is unremarkable. The device also aged pretty poorly physically; the Quite black finish on both of my XLs rubbed off far too easily, and the glass antenna window was a scratch magnet. The power button and volume rocker both became loose over time, and the former began to have odd double-clicking behavior on both of my phones, too. 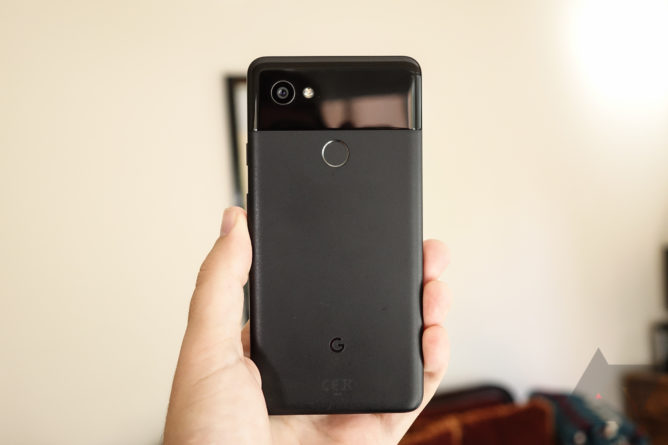 The fingerprint scanner was too slow even at the time the phone launched. Battery life was good, until it wasn't - I know both Artem and myself experienced degradation of battery life over time, and while it stabilized for me with Oreo, it stabilized out to "just OK." The vibration motor wasn't strong enough or especially refined. The industrial design and quality of the materials were fine, but they didn't scream "premium" in the way the phones' prices did. They weren't waterproof, either. And also: bezels.

Most of these flaws I've mentioned above? Google has addressed them in the second generation of the phone.

Bluetooth performance on my 2 XL is a night and day improvement. Mobile signal is very noticeably better. The fingerprint reader is much quicker. Battery life is easily 30-40% better on any given day. The front-facing speakers are a huge upgrade, both in the direction they face and output generally. The vibration motor on the 2 XL is among the very best I've felt on an Android phone, beat only by the specialized hardware LG procured for the haptics on the V30. There's IP67 waterproofing.

The design of the 2 XL is, I would argue, a very big step forward, too. Not only are the bezels greatly reduced in size, the phone looks and feels much more premium than the original Pixel XL. By comparison, the 2016 XL just kind of seems like an unrefined, bezel-y aluminum brick. The 2 XL, on the other hand, was clearly designed from the ground up to Google's exacting specifications, then executed by LG. The 2 XL doesn't feel like a collaborative effort or a parts-bin special, this is Google's phone.

The good stuff only got better

Oh, and the areas where the original Pixels excelled? The new phones are better. Both of the cameras have received major upgrades - some of the selfie portraits I'm seeing from the Pixel 2 around the internet are genuinely impressive. The rear camera sports a new sensor, a more wide-open lens, optical image stabilization, and enhanced dynamic range and general performance. The 2016 Pixels had, in my view, the best still image quality and still capture performance of any smartphone on the market. The new ones just improve on that while everyone else is basically maintaining the status quo. That's sort of nuts. 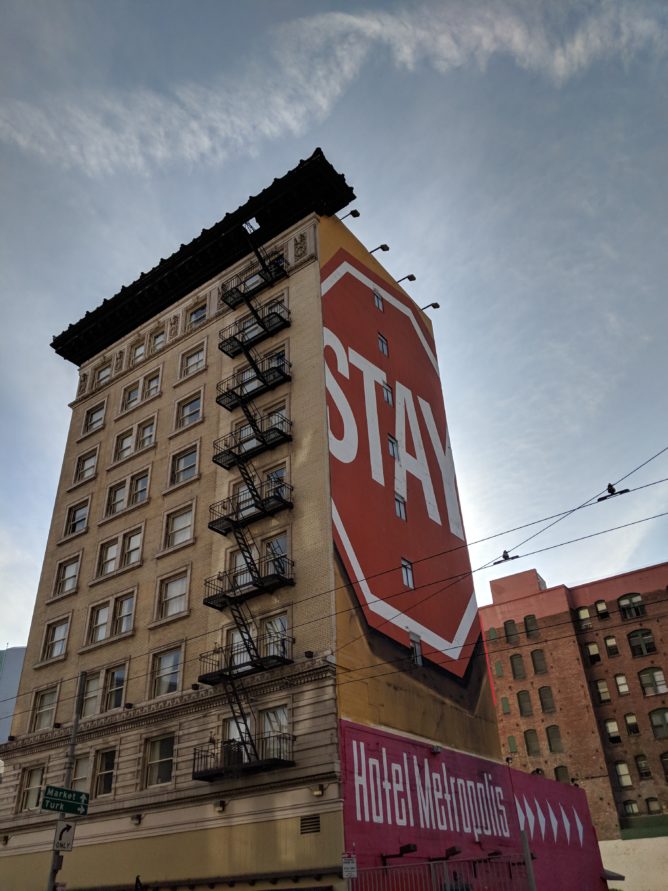 The Pixel 2 can take some truly amazing photos

Software updates will still come first and fast, and Oreo's Project Treble might even make Google's updates a little speedier to produce. Performance is noticeably better than that on last year's phones, with Google's work to maintain 60FPS in the OS at all costs bearing fruit, while also speeding up the load times of applications. Navigating through applications and switching between tasks on the Pixel 2 is insanely smooth - no other phone matches it in this regard.

Oreo itself is easily the most mature iteration of the Android OS yet, and features like Google's Autofill API are smartphone experience game-changers. Setting up a new Android phone has never been this easy, and I say that as someone who sets up a lot of phones. The redesigned launcher and settings app are both significant improvements, in my view, and walk the line of too complicated or too simplified well. 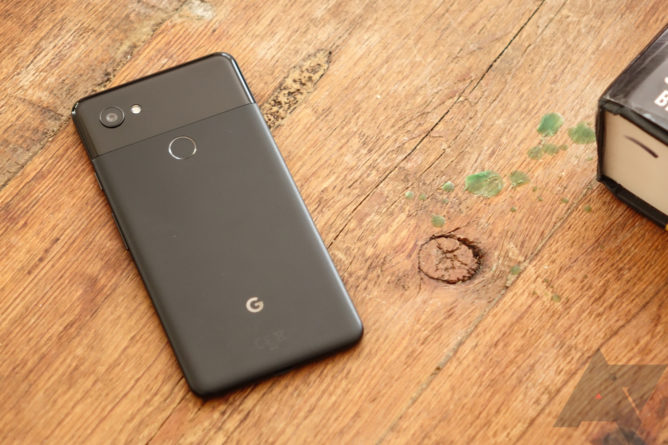 As with last year's phones, the new Pixels support all four major US carriers (no matter where you buy your phone), but now they're packing an even more powerful modem with advanced features like 4x4 MIMO, 256-bit QAM, and 3x carrier aggregation to make them excellent LTE performers.

As for the flaws

Before we talk about The Big One, let's acknowledge that these phones aren't perfect, no matter which display panel you're looking at. The new Pixels lack wireless charging and don't charge on a wire as fast as some other phones. When there are devices pushing 24 to 30 watts of power through their chargers and the Pixel 2 is stuck at 18 (which is still fast, but not crazy fast), that does feel a bit of a letdown. Wireless charging will probably become ubiquitous with Apple's adoption of Qi, too, and that means the Pixel 2s missed the boat on what seems an inevitable trend going forward. 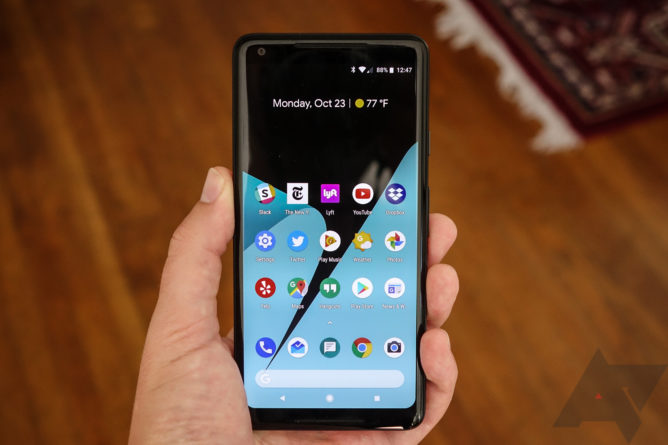 There's the headphone jack, of course, and I won't defend its removal: it is unfriendly and uncalled for at a time when most consumers are still using wired headphones. Our future is Bluetooth and other wireless audio standards, but in the here and now, wired headsets are very much still A Thing. I don't use them terribly often with my phone, but lots of people do. Dongles are not a good rebuttal, they're easily forgotten at home or lost.

I've also seen some software bugs, not unlike the early days with the original Pixels. The camera application on my 2 XL has freaked out and crashed on a few occasions now, but does rectify itself without a reboot. That isn't the only camera issue I've noticed: apparently panorama image quality on the new phones is basically broken right now, and I agree with observations from some owners that noise in dark images seems noticeably worse than on last year's phones.

I've also had the Bluetooth in my car cause the phone to go into a panic reboot on one occasion, which also happened with last year's phones. I've also had some issues with SMS messages not sending on the first try. As problems go, these feel like software teething more than they do "Google doesn't know how to build a smartphone." They'll likely get resolved or mitigated in the first few patches the phones receive, like Android 8.1.

Finally, there's the 2 XL's screen: it's below average as OLED panels go. It's not the worst OLED screen I've ever seen, and it color-shifts far more easily at angles than the screens found on Samsung's more recent phones. As to the "dingy" quality some have called out, I'll tell you this much: it's only really noticeable at low brightness levels, and I've noticed this kind of quality to nearly every OLED panel if you push it low enough. I noticed it on the Nexus 6P, I've noticed it on the Pixel XL, and I notice it acutely on the LG V30. The Pixel 2 XL is worse than last year's phone or any Samsung phone in this regard, but I still think it got a better panel than the one LG is using on its own smartphone. The 2 XL doesn't have the uniformity and banding issues the V30 does (I've seen some 2 XLs with banding defects, but that's a defective panel, and the phone should be replaced), and Google's inclusion of a circular polarizer for use with sunglasses is a huge plus for me. 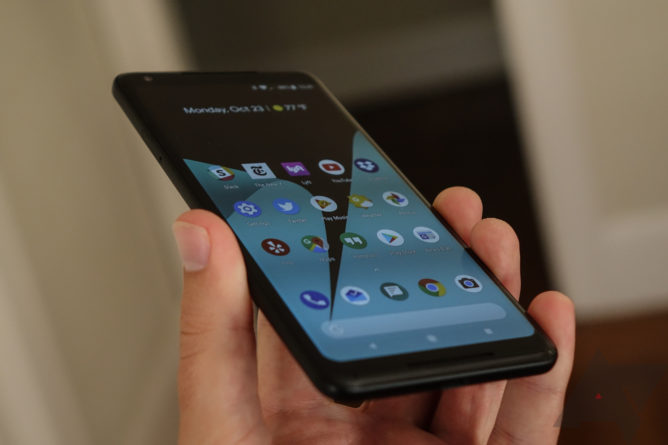 Are the colors dull in the standard sRGB configuration? Yes. But colors in sRGB look kind of dull - that's normal. Should Google add a much more vibrant mode to the screen to more closely mimic the color profile on last year's Pixels? Yes, I do think so. People prefer the oversaturated look, and Google's learning that lesson right now. As much as I like the idea of a calibrated, accurate display, that should probably be a secondary priority when the canvas you're displaying those accurate colors on isn't great to begin with.

That all said, I think the Pixel 2 XL's screen is totally usable, and nothing about it bugs me day to day. And I really appreciate that it works with my sunglasses on. Yes, if I put it next to a Note8 at maximum brightness, the 2 XL looks a bit dim and very dull, especially at off angles. This is not the best screen on a premium smartphone, and may well be the worst screen on any phone costing over $800 on sale right now. Does this one flaw doom the phone? Absolutely not.

Perhaps some people are pickier than I, but I really don't even think about the quality of the screen when I'm using the 2 XL. I'm far more attentive to its extremely impressive performance, the quality of the images it captures, and the very pleasing fit and finish on the hardware. The Pixel 2 XL is just a Very Nice Smartphone. And that makes it exceptionally easy to recommend. And that screen? Yeah, it still looks pretty damn good at a straight-on angle. 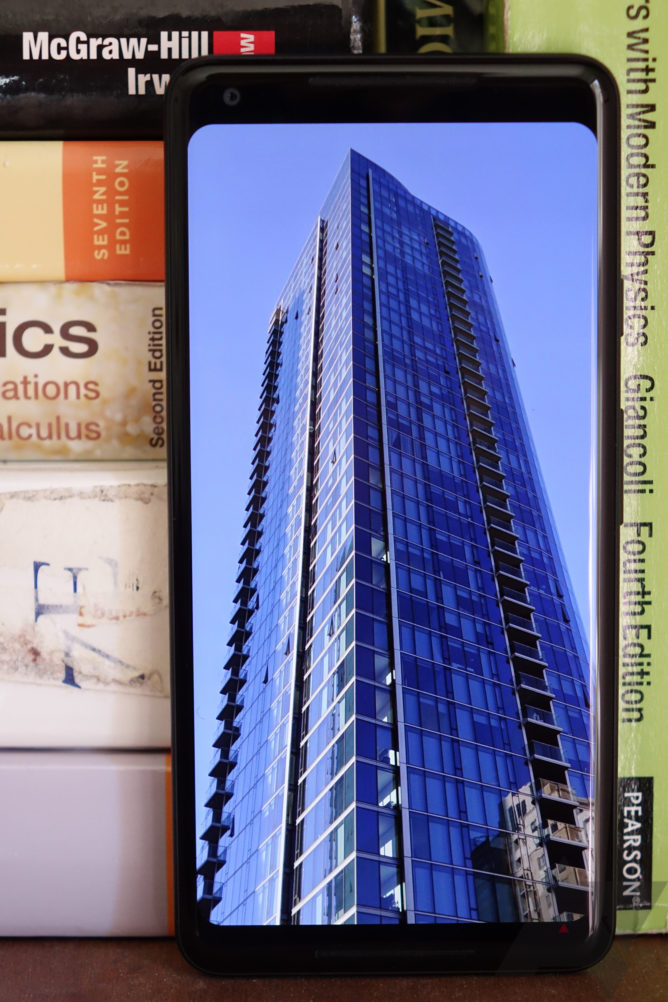 Google posts October system images and OTA files for the Pixel 2 and 2 XL, but they only have ...