If you are a big Android enthusiast, then you're probably familiar with the name F-Droid. If not, it's an extensive repository of open source apps, as well as the name of its accompanying client. Today that client has been updated to v1.0.

If you remember our coverage of v0.103, v1.0 should look pretty familiar. While there have been some significant changes behind the scenes, apart from a general improvement in performance and ease of use, you're not likely to notice much.

Although v0.103 didn't carry with it an alpha or beta designation, it was never really treated as a stable version. For example, the current 'stable' download link for F-Droid on both the project's homepage and the package listing points to the earlier 0.102.3 build. So while none of the later releases had a testing designation, by all appearances, they've been treated as such by the organization. 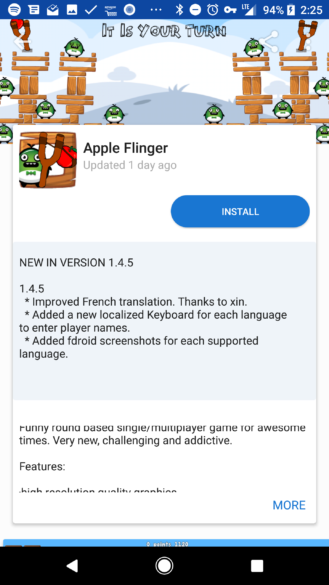 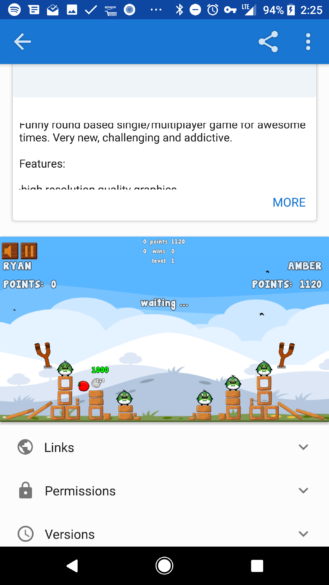 Some slight changes in app listing layout and screenshots

Visually, not much has changed in v1.0 since v0.103. There's a new "What's New" section in app listings which shows a brief changelog for recent updates, sort of like listings on Google Play. The only other visual changes you might notice are slight. There have been a few tweaks to things like icon sizes and item layouts, and app screenshots in listings are now wider.

If you're still running the last "stable" version (v0.102.3) this all might look quite new to you, so feel free to check out how the new UI stacks up in our previous coverage. 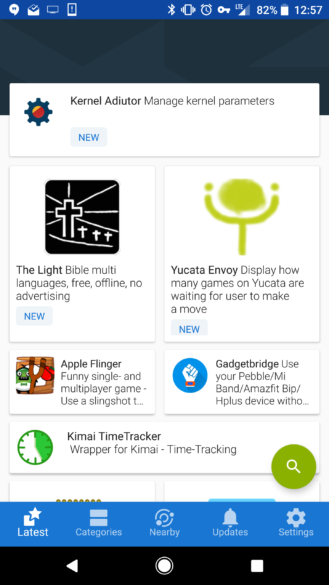 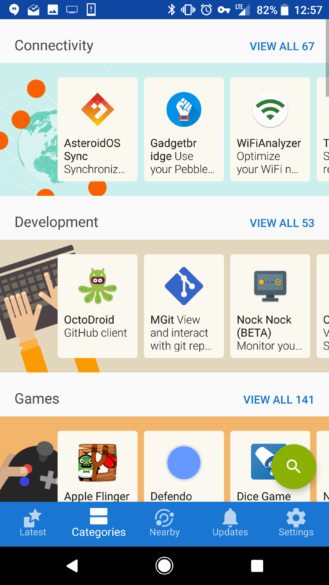 In non-visual changes, v1.0 is also a lot smoother and snappier. It's quicker to pull down index updates, and generally less laggy/janky compared to earlier releases.

V1.0 also supports the new "Privileged Extension" that allows for background updates, like the Play Store. Setting it up is, unfortunately, a complicated process that requires both root and an unlocked bootloader so that it can be installed as a system app. I always considered the associated disadvantages more of a hassle than the manual update process, but it's a cool option to have.

If you do go that route, F-Droid now supports installing media like the Privileged Extension itself, so you don't have to download a zip and flash it manually in recovery. It didn't actually work for me when I tried it on the OnePlus 3 I used to test, but it's included in the changelog. Presumably, it should work on some devices.

There are also other less-noticeable changes mentioned in the v1.0 changelog, like faster index updates, improved protection against tracking, and more. The full changelog for F-Droid 1.0 is just below.

I was told by one of the developers that the only change since 1.0-alpha5 is a crash bugfix. So if you've been using the alphas already, you probably won't see any difference between v1.0 and the latest alpha. The F-Droid app may not be reporting this client update, as it didn't on my devices, so you may have to manually download it if you want to try it.

Ready to give it a shot? You can pull down v1.0 either at the client listing for F-Droid or via APK Mirror.

HBO Now support is rolling out in Google Assistant