Adobe's Max 2017 event was today, where the company announced plenty of new apps and updates for its Creative Cloud suite. While the spotlight was mainly on the desktop, the mobile apps have also received a few improvements as well. Lightroom for Android was updated with a tablet UI and enhanced search abilities, but the Photoshop Express app is receiving a few new features as well.

One feature missing from Lightroom for Android is the ability to save images with a watermark, which Lightroom on the desktop supports. Strangely, the feature has now been added to Photoshop Express instead of Lightroom. Once you go to the app's settings, you can add any amount of image-based watermarks and one text-based watermark. 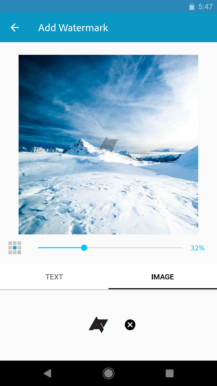 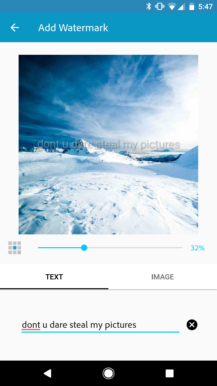 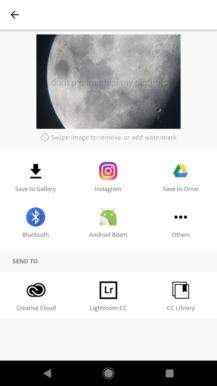 At least for now, this functionality is pretty limited. You can't adjust the size or margin of the watermark, just the positioning and opacity. Once you save the watermark, you can choose which one you want from the 'Save' screen. You can swipe on the preview image to change which one you use (one of the options is no watermark).

I hope the developers flesh this out in future updates, but it's a good start. Now can Adobe add this to Lightroom, please?

Photoshop Express can not only crop your images, but the app also includes a variety of pre-defined aspect ratios to help you out. For example, it already contained presets for social media icons/headers. PS Express v3.7 expands on this feature, with more crop presets and the ability to manually select a size. 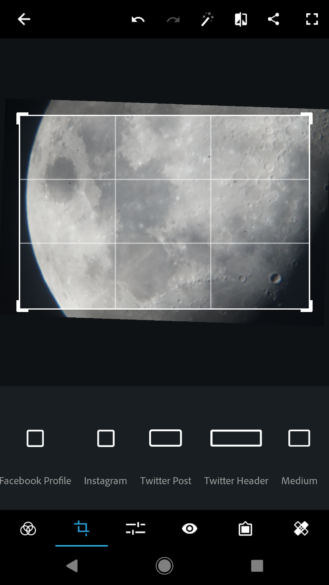 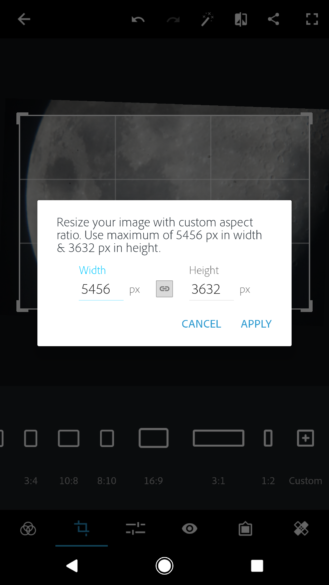 As of this update, there are now presets for common advertisement sizes, profile pictures, profile headers, Pinterest images, YouTube channel art and thumbnails, the Kindle's display, and other common aspect ratios. There's also an option for whatever aspect ratio your device has, which is nice for making wallpapers out of larger images.

In addition to the cropping improvements, you can now long press on the picture you're editing to see the original. Pretty helpful.

The APK is signed by Adobe and upgrades your existing app. The cryptographic signature guarantees that the file is safe to install and was not tampered with in any way. Rather than wait for Adobe to push this download to your devices, which can take days, download and install it just like any other APK.

Here are 26 temporarily free and 41 on-sale apps, plus the Game of the Week