By now you've probably overdosed on all the Google Pixel reviews (here's ours by the way), but one thing we wanted to focus on was an interesting change in the way the Camera app will handle photo viewing on the phone.

Previously, whether you were on a Nexus or the first-gen Pixel, when you took a photo and tapped it from the Camera app, you'd be taken to a slightly barren interface like the one below: back button and All photos on top, sharing and editing and deleting and info on the bottom. The problem? This was a standalone gallery activity that only displayed local photos and didn't integrate in Google Photos. So if you edited an image or deleted it, it would only affect the locally saved version and wouldn't affect the Google Photos version (if it was already backed up). You can understand how frustrating this got. 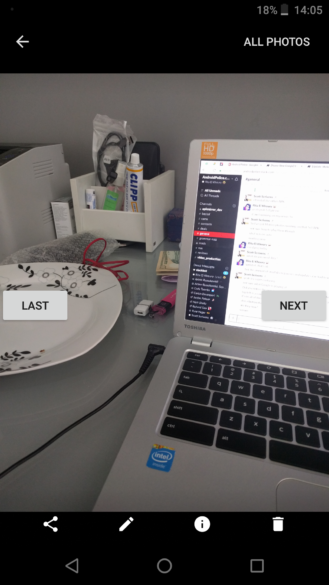 With the Pixel 2, Google tells us it's finally using something that it has offered other OEMs for a while: the "Google Photos filmstrip" capability that lets the Camera app open the last taken photo and browse through images in a Google Photos interface instead of a separate activity. That means any change you do after taking your photo from the Camera app carries over to Photos as well. Delete something here, it's gone there. Perfect. 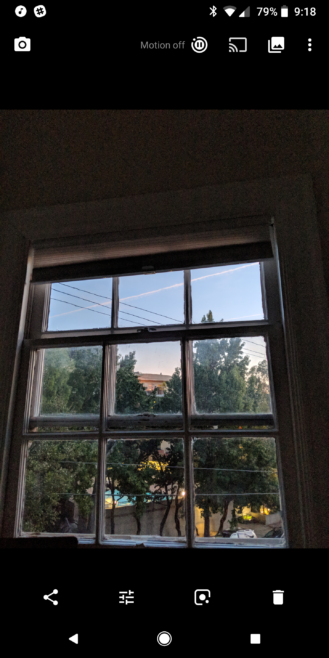 You can also start a slideshow, add a photo immediately to an album without backing out of the Camera to go to the Photos app, use the photo for wallpapers or contact photos, print it, and more.

If you've used a Moto Z, an HTC 11, or a Nokia 8, for example, your device already does this even if it has your manufacturer's Camera app. That's because these companies are implementing the Photos filmstrip instead of creating a separate gallery. Very nice of them.

It's weird that Google doesn't already do the same for the first Pixel, but what is weirder is that the Google Camera team tells us the function won't be coming to the first Pixel or Nexus though they're "happy to take feedback on that for the future." The team says they've "worked very, very closely with the Google Photos team to make this work especially well on Pixel 2, both visually and in terms of performance," so that could explain a little why. However,, if you have a first-gen Pixel, you must have noticed that installing the Camera 5.0 apk manually triggers the same interface and it works well. Puzzling, as with all things Google.