When Google released the final version of Android Oreo in late August, one of the most useful new features was the new Autofill API. This is essentially a system-wide solution similar to the way autofill works in Chrome, and that's something that can save us all a lot of time.

Developers need to get their apps ready for the new API, and password manager LastPass was one of the first to come out and say it was in the works. A public beta was opened up, but it seems this maybe wasn't the best testing solution given the beta app has now been given its own listing on the Play Store.

Splitting the app into separate versions means not compromising the main stable version of the app with untested features and generally makes it a bit easier for developers to get more people using the beta and giving feedback. According to the Play Store description, the beta version contains the "latest updates and fixes for the Android Oreo autofill service, plus the ability to use the accessibility-based autofill on Oreo."

The listing for the stable version clarifies that autofill is not available unless you download the separate test app. To give the beta a try, you can download it using the Play Store link below, or you can sideload it via APKMirror. 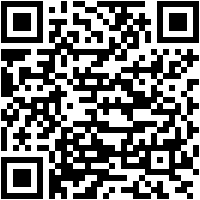