We noticed over the last week that some listings on Google Play are showing when items are available via HBO's NOW streaming service. We aren't entirely sure how new this is, as neither company has made any announcements related to it. In fact, some of us here at AP aren't seeing it at all, regardless of whether we have HBO NOW installed or not. 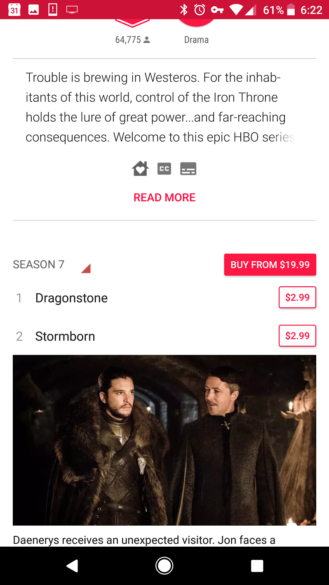 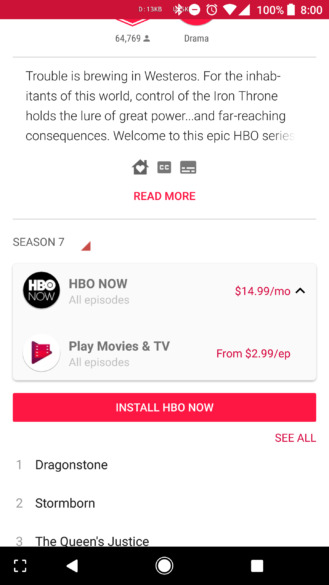 Two views of the same listing on Google Play

This feature is manifesting in listings as an option in a new drop-down menu, which shows both the price of an item through Play Movies & TV as well as HBO NOW's subscription price. Just below, it's even prompting people to install HBO NOW. You can check to see if it appears on any of your devices at the same listing here.

While it could come in handy to know when something you'd like to watch is included in HBO NOW, it is a bit strange that it only appears on some devices. Given this inconsistency, it might still be rolling out, a test, or some form of targeted advertisement. 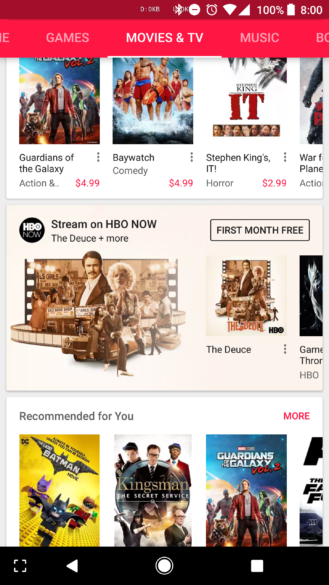 It could be related, but some of us are also seeing a similarly-advertised section in the Play Store's Movies & TV section dedicated to HBO Now. Whatever the motivation, between the two of these recent appearances, it looks like Google's willing to cozy up with HBO when it comes to listings in Google Play.

Maybe other streaming services will jump in on the action, too. We'll have to wait and see.

Humble Mobile Herocraft bundle includes up to 12 games (and some in-app items you probably ...