If anyone saw our hands-on with the Pixel 2 XL at Google's October 4th event, you may have noticed the phones are rocking some intriguing new live wallpapers. They are obviously intended to be Pixel 2 exclusives, but if there's one thing that you can rely on in the Android developer community, it's that someone out there will be on hand to mod an interesting new app and get it working on more devices.

The new Pixel 2 launcher thankfully works on other phones without modification, although if you want the swipe-for-Google-Feed functionality on phones other than the first generation Pixels and Nexus devices, you'll need to install it as a system app. The new Pixel 2 live wallpapers are a bit different, and they have so far crashed for anyone who tried to sideload the app. Luckily, someone has been willing do a little work to get them on other phones. 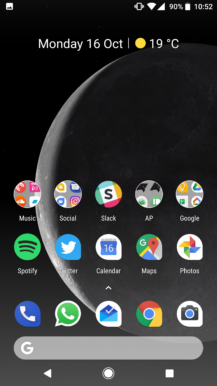 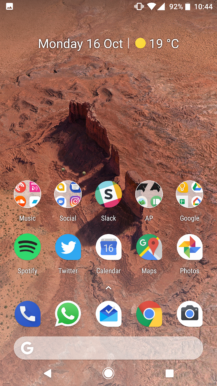 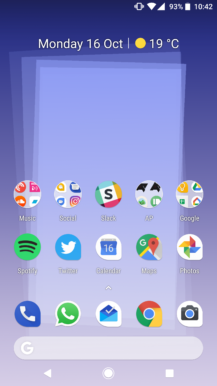 Indian developer Pranav Pandey took the task on, and his port can now be downloaded and used on most Android devices. You must have the Google Wallpapers app installed already (which also has some other new wallpapers), and then you just need to sideload the modified Pixel Wallpapers 2017 app from APKMirror to be able to access the nifty new wallpapers. Artem took a couple of videos to show them off in action, gifs of which you can take a look at below.

There are a number of different options, including aerial views with subtle movements, bright abstract shapes that move with your phone, gooey liquids that change with each touch, and stunning live space images. There's also a wallpaper that displays live wind patterns based on your location, which may not sound exciting but actually looks rather pretty. Go ahead and install the APK if you want to give these a go. To access them, long-press on your home screen, tap 'Wallpapers' and then scroll to the bottom of the list for the new 'Live Wallpapers' section. They should work on phones running Android 6.0 Marshmallow and higher, and you can find more information about the port on the XDA forum post by the developer himself.

Hands-on with the Huawei Mate 10 and Mate 10 Pro: Plugged into the smartphone zeitgeist