OnePlus continues to impress: both of its 2016 flagships, the 3 and 3T, are getting Oreo thanks to the Open Beta program. So if you're running OnePlus' latest and greatest software, then this is an update worth getting excited for. And if you're not living life on the edge yet, then this may encourage you to do so.

We knew this was coming, but it's still nice to see. As always, here's the update changelog:

The OnePlus Music app has been removed from this build.

It goes without saying that the jump to Android 8.0 is awesome. With it come things like picture-in-picture, auto-fill, and smart text selection. The stock launcher also has notification dots now, a feature that I've grown to love. However, with this being a beta build, there are a few things to watch out for. 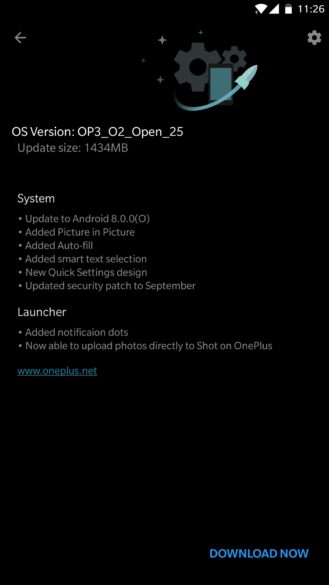 I don't want to insult your intelligence by reiterating the known issues section in the changelog, but I applaud OnePlus for being transparent about it — especially the point about NFC and Bluetooth needing improvements. If you're willing to deal with those problems, then go ahead and update or flash the Open Beta. The source links below have the downloads for both the OP3 and OP3T.