The fragmentation of what Google Assistant can do on which device is, to say the very least, beyond frustrating. You issue a command on your phone and it works, then you try the same on your Google Home and it says it can't do that yet. You try something else on your Google Home and it works, but it doesn't from your phone, or your watch, or your TV, or Allo. It's disheartening when you know the Assistant could be so cool, but its implementation is so heterogeneous that it's impossible to explain that to a regular human.

Take for example the action of playing something on your Chromecast, be it a Chromecast connected to your TV, a Chromecast Audio, or a speaker with Chromecast built-in. If you had a Google Home, you could issue a command to play media on it, but no other form of Assistant supported it. Read: You couldn't do the same from your phone. That was mindbogglingly stupid. Why on earth was this not available to phone users? Why was it only possible on Google Home? God knows (ie. probably even Google doesn't know). 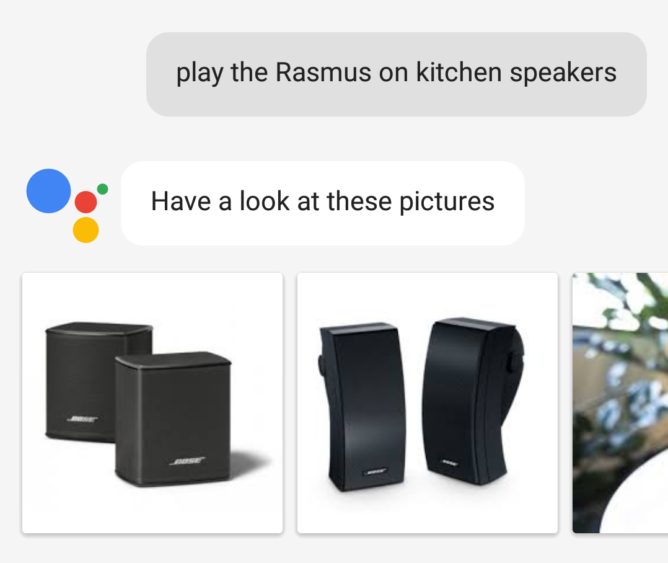 WTF is this? This isn't what should happen.

So you can imagine our absolute elation when we received several reports of this finally, finally, finally (not enough "finally"s in the world to describe this) working on Assistant on the phone. It works with both music and videos, and you can specify which Chromecast (Audio, TV, Chromecast built-in speakers, etc) to send your media to. You can also control playback from your phone, like skipping songs, pausing, resuming, stopping, changing the volume, and so on. 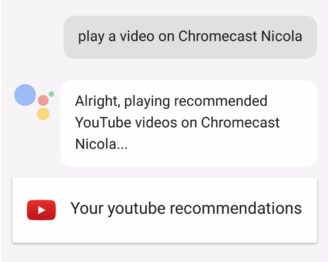 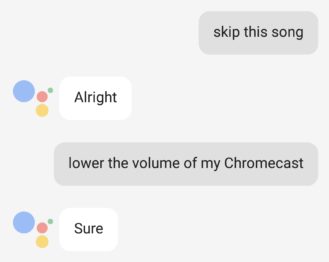 This is how it should work.

You can finally control your connected speakers and TVs from your fancy phone, no need for a Google Home anymore. It should also be useful if you're in a room where there is a Chromecast device, but there's no nearby Google Home. For example, I used to have to walk into the hallway to issue commands to my kitchen speaker, then walk back into the kitchen. Now I can just talk to my phone from the kitchen. Oh the world we live in! 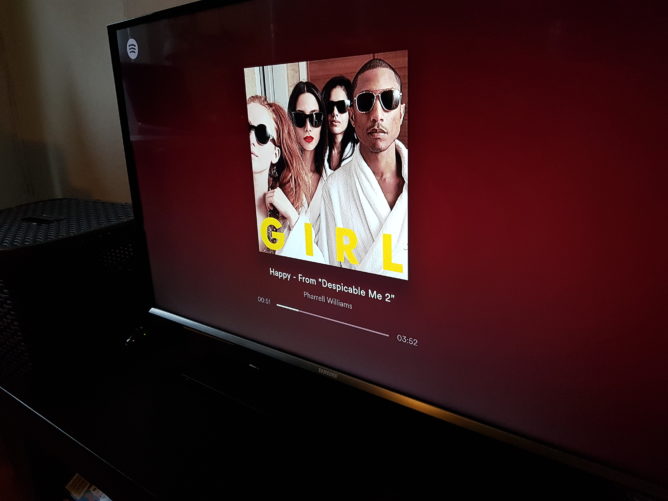 I tested this several hours ago on my phone when we started getting tips about it and it wasn't working for me. So the functionality may either be rolling out gradually or it could need something to make it work. What that something is, I don't know, which is always the case with every Google/Assistant/Home feature nowadays. One of our tipsters doesn't have a Home at all, so it should work even if you haven't set up a Google Home in your Home Android app. Maybe it needs some specific version of the Google app, or the Google Play Services, or a specific version of the Chromecast firmware, or maybe it only works on Pixels, or maybe it's geo-limited, or this or that or all. So try it out on your devices and let us know if it's working or not for you.

Hands-on with the updated Pixel Launcher, including the new Pixel 2 features [APK Download]