The turn-based puzzle adventure Eden Renaissance - A Thrilling Puzzle Adventure was released on iOS back in July of this year. While it has been quite a few months since its initial release, it has finally found its way to the Play Store. You can expect gameplay that is very reminiscent of Square Enix's GO series of games, so if you enjoyed those titles, you'll probably want to check out this release.

As you can see from the trailer above, Eden Renaissance - A Thrilling Puzzle Adventure plays a lot like the Square Enix Go series of games. What sets this title apart from its inspiration is the fact that it has placed a more significant emphasis on its story, as it includes 30+ minutes of beautifully rendered cutscenes. So while the tried and true puzzle adventure gameplay holds its own, the story is where this release shines.

The main premise has you taking on the role of a young archeologist named Ran who teams up with a golem named Eden in order to solve the game's 100+ puzzle-filled levels scattered throughout 7 unique environments. Luckily for Ran, Eden has a slew of special abilities that will help him solve these puzzles and in the process help him along in his quest to save Planet Earth. An overused plot device if there ever was one, but it is pulled off so competently that I can't really complain.

When it comes time to consider the game's controls, they work simply enough. Swipes on the screen are used for movement, and you tap to interact when an on-screen button pops up. While the swiping gesture is intuitive enough to understand, in practice you will find yourself swiping from square to square quite a lot. Taping for movement when your path is unobstructed would have made a lot more sense and definitely would have cut down on the repetitive swiping.

Now, unlike Square Enix's Go series of games, Eden Renaissance - A Thrilling Puzzle Adventure is a premium release that does not contain any in-app purchases. It's priced upfront at $3.99, which nets you the entirety of the game. Considering that there aren't even any advertisements included with this release, I would say that price is a pretty great deal.

Sadly there is one glaring omission that is difficult not to notice. Google Play Games Services are nowhere to be seen. Not only is there no leaderboard or achievement system, but there is no cloud save support either. This means you will not be able to pick up where you left off on a different device. While I don't mind if any of these features are missing in a free game, to see them not included in a premium release is definitely disappointing.

Despite the repetitive controls and a lack of GPG support, Eden Renaissance - A Thrilling Puzzle Adventure is a solid effort with some fun yet familiar gameplay. The fact that there is an emphasis on its storied elements helps to round out the game in order to create a very entertaining experience. If you are looking for a new puzzle adventure or simply enjoyed the Go series of games, then you will want to check out Eden Renaissance - A Thrilling Puzzle Adventure post haste. 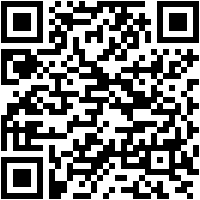