However, you'll be sad to know that the two most interesting features of the Pixel 2 won't work on your current device: the AR stickers are nowhere to be found and Motion Photos are, as we reported previously, exclusive to the Pixel 2 and Google Clips (for now at least). With that said, there are still a couple of interesting changes to the Camera app from the existing 4.4 to the new 5.1, so let's take a look around.

Motion Photos work on v5.0 on first-gen Pixels only

So guess what, there's another version of Google Camera, v5.0 (APK Mirror) that does indeed bring Motion Photos but only for the Pixels. I tested it on my Nexus 5X and I can't see the option, but it's been reported as working on the first-generation Pixels. Thanks, Anunnaki! 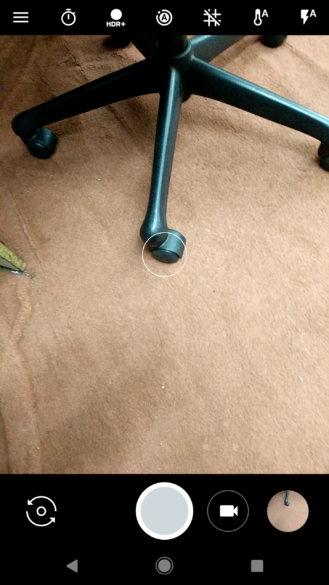 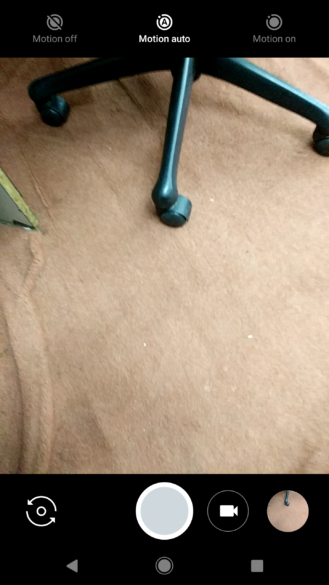 As you can see from the screenshots above, the Motion Photos icon shows up in the middle of the top row of icons and can be set to on, auto, or off. It seems to do its job well, but if you update to version 5.1, which we tested below, the Motion Photos option disappears from the first-gen Pixels. Google must have quickly realized it needs to lock this down to its Pixel 2.

Also worth noting is that Camera v5.0 doesn't have the new Lens Blur icon (minor change) or the modified Settings described below in 5.1. I'd trade those off for Motion Photos though.

First, the row of buttons on the top has been spread out, probably to lessen accidental triggers of one instead of the other.

Second, the Lens Blur icon in the side menu has been changed from a camera shutter to a flower, which, as far as I recall, is almost always associated with macros. That's so it better indicates that it works with up-close objects. 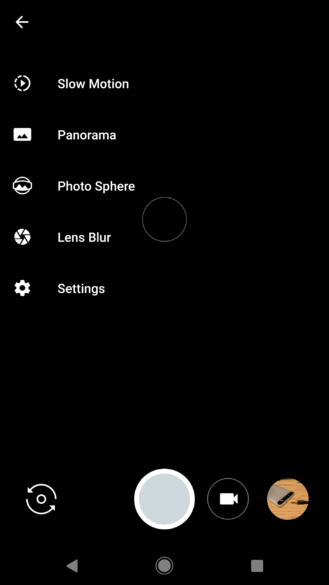 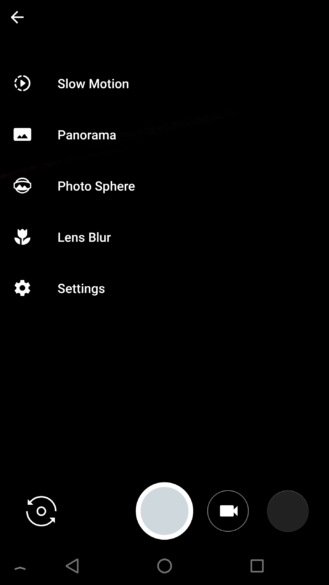 With the previous Google Camera 4.4, you could tap anywhere on the screen to trigger the exposure meter then drag up and down to change it. You may have not known it, but if you tapped and held on the screen after adjusting the exposure, you could lock it down. That, however, was mostly a hidden option and it was a bit unpredictable since you had to tap somewhere on the screen to lock it, which meant it could mess a bit with your exposure and focus if you weren't careful.

Now, there's a new lock icon on top of the exposure slider. So you can tap to focus, move the slider to adjust the exposure, then tap the lock. It's both more visible and less confusing since it doesn't require you tap anywhere on your image and risk changing the exposure/focus settings. 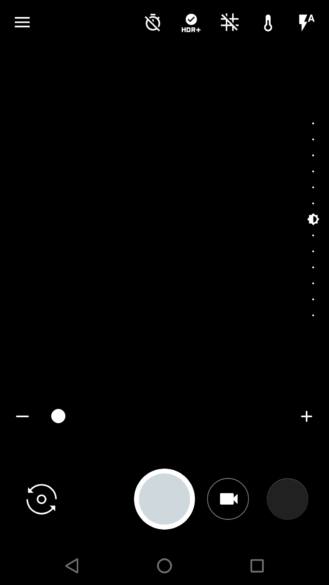 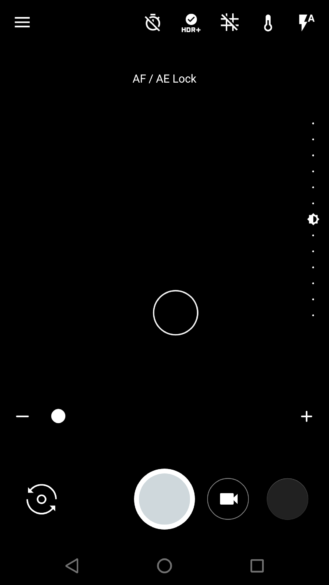 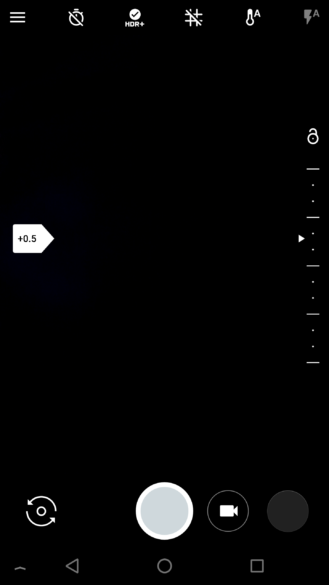 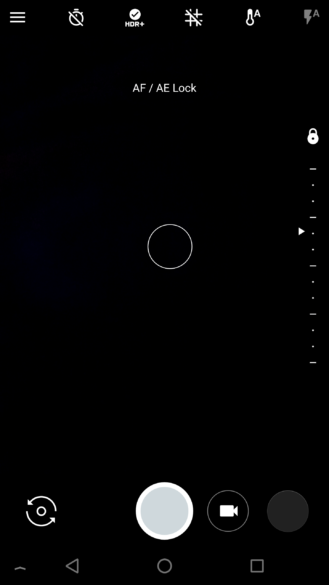 Two last differences we noticed in the updated Google Camera 5.1 app are in the app's settings. First, the title bar has gone from dark to white, which is more uniform, though we wish Google would have gone all black instead.

Second, the Volume key action isn't a top menu item anymore, but is nested inside the new Gestures menu along with Double-tap to zoom. The option for double tapping to zoom isn't new, it was introduced in 4.4, but you can now disable it if you don't want it. 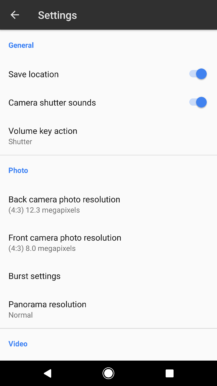 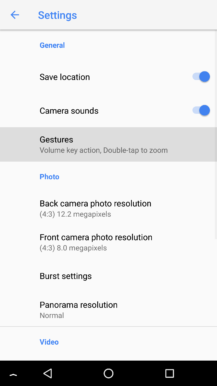 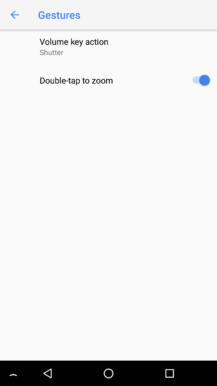 You know how Google likes to mess with us? Here we go. There are more features to be seen in the new Camera app, but some are in the 5.0 APK, some in the 5.1 APK, some are on Pixels only, some are on Nexuses too. (I hope y'all will appreciate how much time we spent checking these out.)

1) New photo viewing interface but it's showing only on Pixels with v5.0. (No Nexus, no 5.1.) The back button has been changed to a more clear camera, the All Photos icon has changed to a photos icon, and there's an overflow button. Basically, the standalone viewer of the Camera app has been replaced with a Google Photos interface, letting you cast, start slideshows, add to albums, and so on without having to go to the Photos app to do that. Basically, this is what you will get on the Pixel 2. 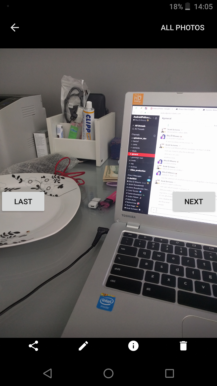 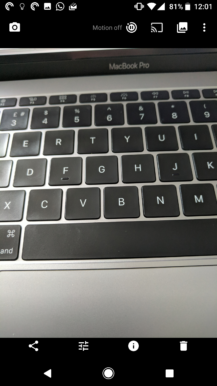 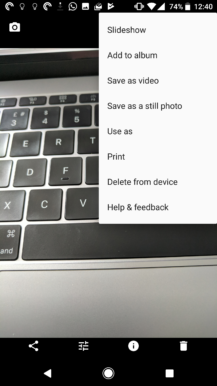 2) Face retouch for selfies showing up for all with v5.0 and first-gen Pixels with 5.1. (Not on Nexus with v5.1.) It's the leftmost icon (beside the side menu) when you switch to the front camera and it smoothes out your face when taking a selfie. 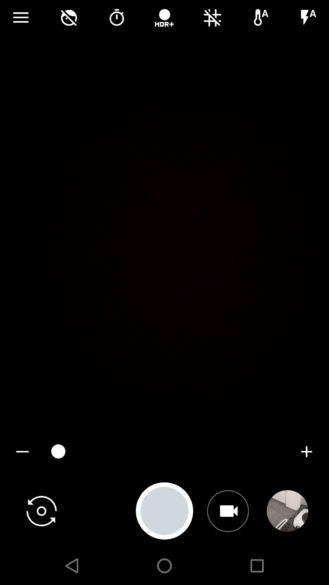 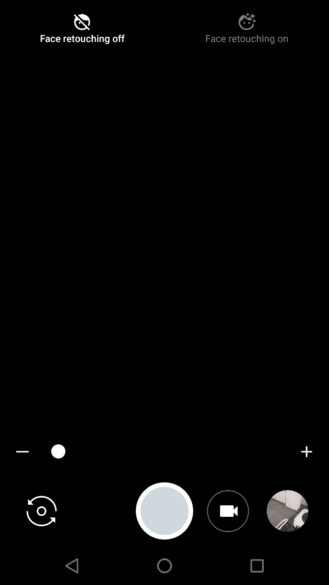 Face retouching on Google Camera 5.0 (all devices) and 5.1 (only Pixels) 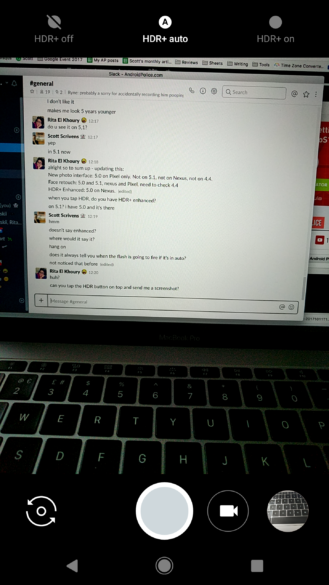 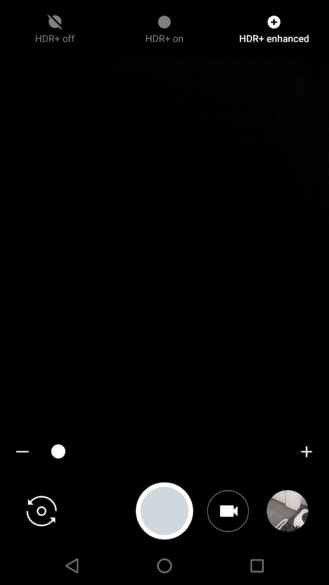 4) Flash notice when Auto-Flash on. We're not sure if this is new or not, but Scott spotted it on 5.1 on his Pixel and I can't replicate on my Nexus in any version. It basically alerts you that the flash will fire off for the upcoming photo when you have auto-flash set. 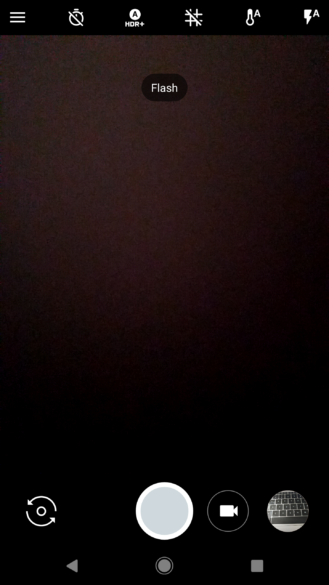 I understand if you're confused. So am I. And I can't confirm nor deny how many cusses were sent to Google in the past couple of hours.

If you want to try the new Google Camera on your device, we've got the file up on APK Mirror: Google Camera 5.1.011.170395186. Grab it and let us know if you notice anything else that's new or if you manage to get Motion Photos to show up, somehow, magically. Edit: Or you know, if you have a first-gen Pixel, you can download version 5.0 from APK Mirror and get the Motion Photos working as described in the update at the top of the post.

[Praise Slow Google] It's now possible to control Chromecast music and TV playback from your ...