Autoplaying videos are the devil. I can't say how many times in a single week I have to turn off the "autoplay" toggle on YouTube's queue so it doesn't move from the video I'm watching to what it thinks I want to see next. (Why isn't this a universal setting, YouTube, why?!) And now it looks like YouTube is testing another way to annoy you with autoplaying videos on your home screen.

According to Android Central, the "feature" started showing up, though we don't have it on our devices despite running the latest YouTube version. It's one server-side test I'm not too brokenhearted about. The way it works is the top video on your home screen starts playing when you open the app, but with audio off (thankfully) and captions on (nice touch). As you scroll, the video that comes into view take the relay, starting to autoplay while the previous one stops.

The option seems to be turned on by default, which is disheartening. At least offer a pop-up for people who get the feature asking them if they want it on or not. But thankfully, there is a setting to disable it. You'll find it under Account -> Settings -> General -> Play as you browse. 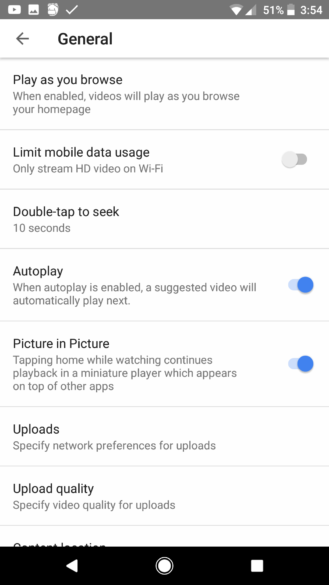 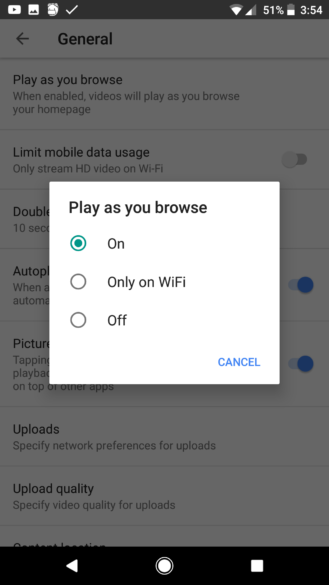 I'll stop talking now and point you toward the comment section. I'm sure, like me, you all have many feelings about this autoplay trend.