The only problem is that it's a little fiddly to achieve (a faff, to us Brits). You might expect to be able to tap the info icon for a show in the Android app and somewhere on the next screen find an option to remove from your 'Continue Watching' section, but you'd be wrong. That would be far too intuitive. 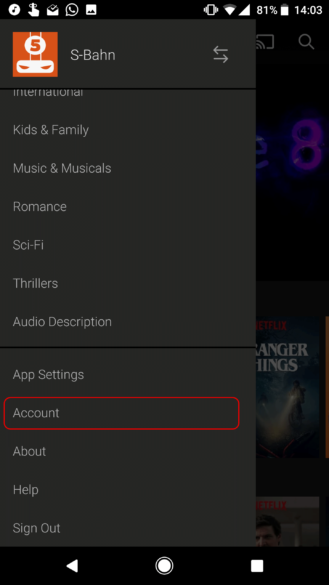 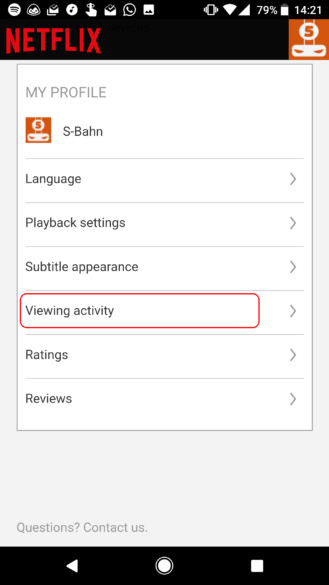 Instead, what you must do is open the hamburger menu and scroll to 'Account' near the bottom of the list (above left). You'll then leave the app and be taken to a web page, at which point you'll be prompted to sign in if you haven't done so in your browser before. From here, scroll down to the 'My Profile' section and tap on 'Viewing activity' (above right). This brings up a list of every episode of every show you've ever watched, which for some could be incredibly long. It's an endlessly loading list, too, so if you want to get to the first thing you ever watched (for some reason), you might want to set aside a day for scrolling.

Now you need to find an episode of the show in question, so Chrome's 'Find in page' (or your browser's equivalent) is your friend. Once you've found it, you can click the X in the top right of the entry to remove that episode from your viewing history. You'll then be presented with the option to remove the entire series (below left), which is what you need to do to get rid of it from your 'Continue Watching' list. As it warns you, it may take up to 24 hours for episodes and series to be removed, so you may have to be patient. 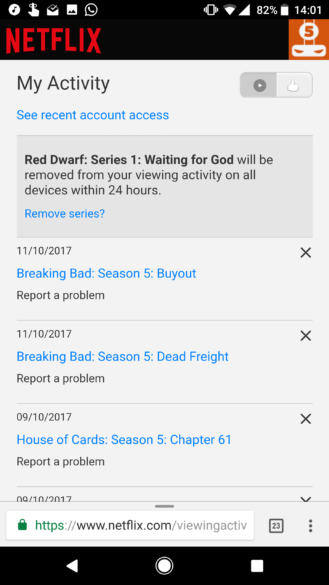 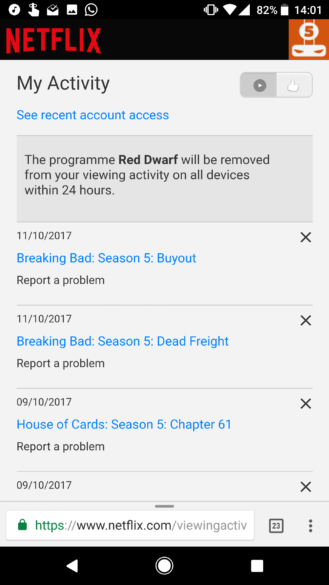 And that's about it. You can also just do this on the Netflix site, there's no need to start in the Android app. You can also view and remove ratings and reviews you've left by switching to the little thumb in the top right corner of the 'My Activity' page.

I've only just tried it for the first time, so I can't tell you with 100% certainty that it works. I'll keep an eye on it and update this post if there are any issues, though. It's a pain that you have to go round the houses to perform a seemingly a simple task, but (if it works) at least it's possible. If you're reading this, Netflix devs, please make it easier. Cheers.