Now the ASUS 360° Camera has its own app on the Play Store so you can control the camera if you purchase it. It can take photos with multiple filters, videos, time-lapses, and stream live to "popular social media platforms." You can also view previously taken photos in a VR immersive mode too. The ASUS 360° Camera app is free on the Play Store, but you need to buy the little ball camera first to use it. You can read more about the cam on the ASUS site and grab the app from the link below if you take the plunge on one. 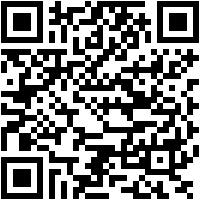