The creators of Monkey Island and Maniac Mansion have released their latest point-and-click adventure game Thimbleweed Park on the Play Store. It was originally slated for an Android release on October 3rd, but at the last minute, the release was delayed until October 10th. Luckily that new date has held true. That means you can pick Thimbleweed Park up today for $9.99, which is half the price it normally sells for on just about every other platform.

For those of you that are unfamiliar with this title, it's a port of the popular point-and-click adventure game that released on PC, macOS, and Xbox One back in March of this year. Reviews for the PC and console game have been overly positive, and this Android release is proving to stack up just the same. You can expect at least 10 hours of gameplay, which is about the standard length of the majority of premium point-and-click adventure games found on Android.

The meat of the gameplay will have you tapping your way through a vast and bizarre world while picking up clues in order to solve the game's item-based puzzles. Much like the majority of classic point-and-click adventure games you can expect a humorous storyline that will hit you with a new joke every couple of minutes. With a total of 5 playable characters, multiple branching paths, and two difficulty levels that include a built-in hint system, just about anyone should be able to enjoy the game without worry of getting stuck or being limited by a linear storyline.

The premise of the game is loosely based off of Fox's X-Files TV show where the Mulder and Scully inspired characters have just arrived in town to solve a murder mystery. When you consider that this is a title created by Ron Gilbert and Gary Winnick, you can most definitely expect plenty of nods to their previous works along with a classic feel to the gameplay that is purposefully reminiscent of the many point-and-click adventure games from the late 80's and early 90's.

While I know the $9.99 price tag will be hard to swallow, rest assured this is the cheapest version currently available. Considering that Thimbleweed Park is a premium title that lacks any advertisements or in-app purchases, I would say this cost is absolutely a fair deal for what is clearly a new and popular release.

Sadly I have found one glaring omission. There is no built-in support for Google Play Games Services. This means that there is no achievement system, no leaderboard, and no support for cloud saves. While the first two are not the most necessary of features, the fact that we can't pick up where we last left off when using a different device is pretty disappointing for such a costly game.

So yes, it's clear that Thimbleweed Park is meant to churn up fond memories of the many classic games found in the point-and-click adventure genre, and that's a good thing. It's also no surprise to see how well received the game has been by fans and critics alike. Playing through Thimbleweed Park is like jumping into a time machine and playing Monkey Island for the first time, but with the added bonus of a nostalgic X-Files theme. If you are a fan of the genre, Thimbleweed Park is in my opinion simply a release that can't be missed thanks to its high production value, nostalgic branching storyline, and classic point-and-click adventure gameplay. 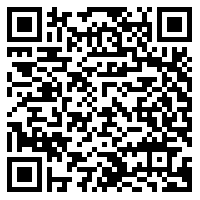