Nokia is making phones again, but most of them have been mid-range or cheaper phones. The rumored Nokia 9 will be a flagship phone, and now we have a good idea what it looks like thanks to OnLeaks' latest collaboration with Compareraja. The Nokia 9 looks like a sleek device, but the company is exhibiting an excess of courage by ditching the headphone jack.

As with all renders from OnLeaks, these images are based on CAD files of the phone. They can give us a good idea what it will look like, but the internals and certain other details are murkier. That said, past OnLeaks renders have been extremely accurate. The Nokia 9 will apparently sport a 5.5-inch display with very slim bezels and a curved glass panel on the front. It's unclear if the panel itself (likely a 1440p AMOLED) will be curved or how it fits into the frame. There's a rear-facing fingerprint sensor and a dual camera array that protrudes substantially. 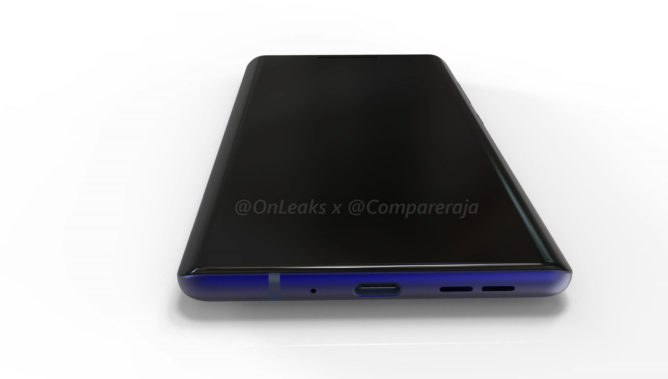 There's a USB Type-C port on the bottom, and that's the only port on the phone. There's no headphone jack, a disturbingly common trend lately. Unfortunately, it's a trend we're not going to see reversed. Nokia may reveal the device and pretend removing the headphone jack is a good idea at Mobile World Congress early next year.