The $399 Moto X4 offers a Snapdragon 630, 3GB of RAM, 32GB of storage, and a 5.2-inch 1080p LCD. It's the first Moto X phone released since Lenovo took over Motorola and the only current Moto device with IP68 water-resistance. It looks like a solid offering for Fi subscribers who don't want to pay a premium for the Pixel, at least on paper. 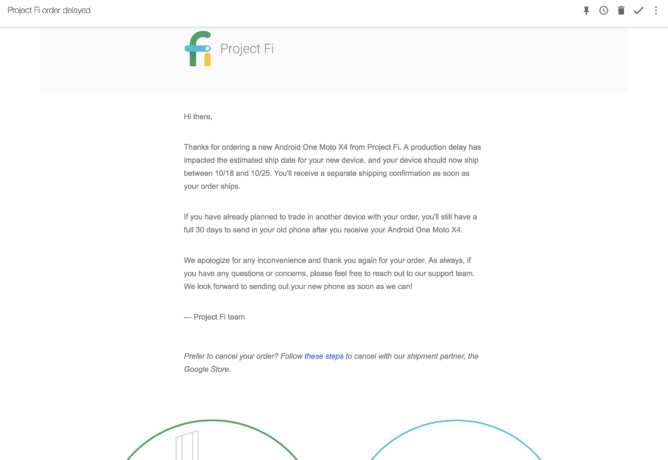 According to the email sent to those who pre-ordered the phone, Motorola has experienced production delays with the X4. As a result, units won't ship until later this month between the 18th and 25th. The Project Fi subreddit is full of posts about the delay, so it looks like everyone is in the same boat.