The age-old tradition of rooting Samsung's latest flagship continues. In this case, it's the Galaxy Note8, and it took developers about a month. For some perspective, that's much less time than we had to wait for root on the Galaxy S8 and S8+. Based on this progression, I predict that the next Samsung flagship should be rooted just a bit before it is released. /s

The Note8 is rootable via XDA member me2151's SamFAIL utility, and (as you'd expect) there are plenty of caveats. It doesn't trip Knox, but it does break SafetyNet. Even worse, it requires a secure boot image that precludes Magisk compatibility as well so you won't be able to bypass the SafetyNet issue. You will also only be able to charge your Note8 up to 80% of its original capacity, and the installation process will wipe your internal storage, so be sure to back everything up before you attempt it. 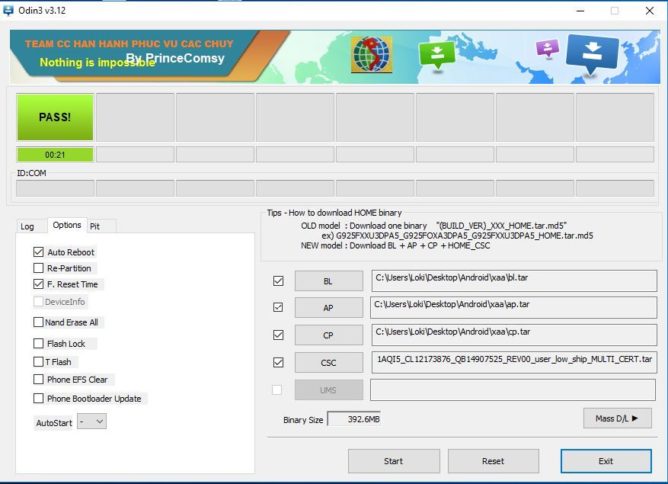 Part of the ODIN flashing process

This solution doesn't require an unlocked bootloader, and using it doesn't result in one either. It isn't terribly complicated to do, though it does involve a lot of individual steps, as well as your careful attention as you follow them. All things considered, it's a very simple solution. The full details and instructions are available here. Keep in mind that you are blindly flashing someone else's image. Since the purpose is to get root that might not be a big deal, as you'll have more significant security concerns anyway, but it's worth noting.

It has only been tested on the N950U, but it is possible that SamFAIL will work on other Snapdragon-based Note8 models. YMMV, though. For the full details check out the thread on XDA in the source link below.

Samsung Internet browser will get 'Smart Go Next' for better form navigation, also coming to Chrome