Google doesn't tend to rest on its laurels when it comes to the design of its search interface, be it in the Google app or in browser, and it's always testing new ways to make search results easier for users to navigate and in turn generate those all-important clickthroughs. A couple of months ago badges were added to make it easier to find recipes and products, and now further changes have been made that make the image search UI a little clearer.

It's when you tap on a result that things change. The new design includes an "X" in the top left corner to go back to the image search results, the same as would happen if you hit the back button. Font sizes have been tweaked and spacing has been improved to make the text underneath each image easier to parse, and perhaps most noticeably, the buttons for visiting the web page, sharing, and saving have gained a rounded outline while the icons are now blue. Take a look at the comparison below of images relating to a recipe. 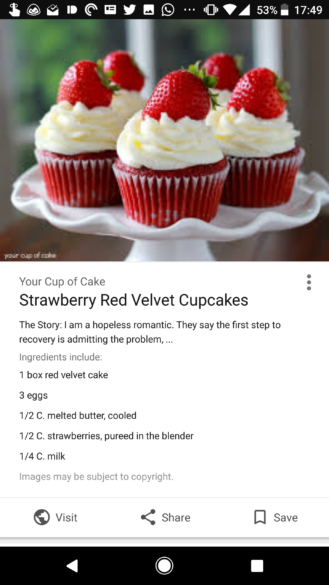 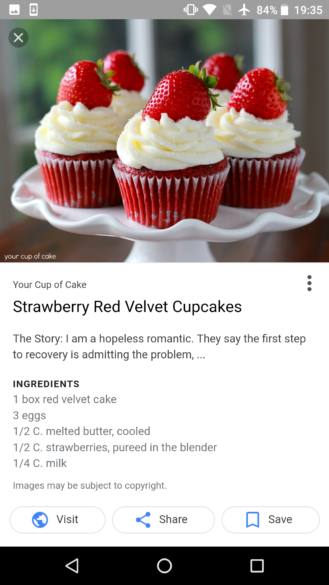 The changes are certainly only minor, but the addition of more color and contrast does make it a little easier on the eyes. As you can see from the images below, there are also subtle tweaks to image and video results, too, including a similarly encased button for viewing a video and clearly laid out information. It's worth noting that the Pixel 2 XL image below has an 'AMP' icon next to it in the old UI, but it's absent from the new one. I'm not sure if that means those identifiers will be going away. We've recently seen them renamed as 'Instant' in blue, instead. 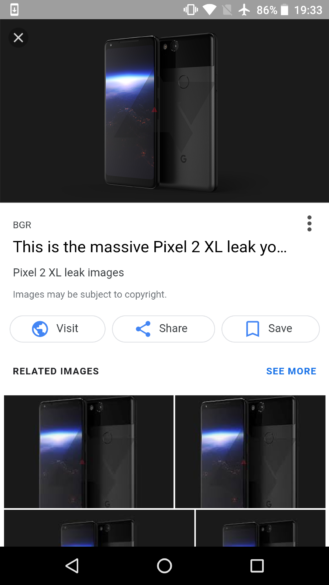 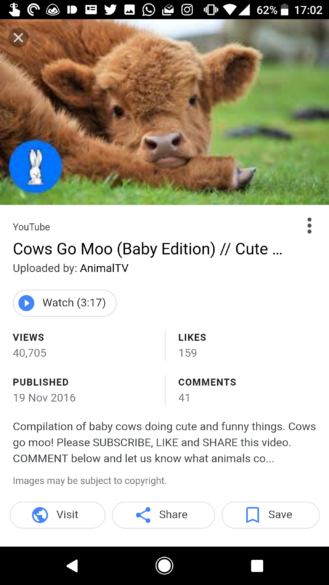 You'll find similar changes if you use Google Search via Chrome instead of through the Google app itself. In fact, many of us here at AP have the new UI on the mobile web while only one of us has seen the changes in the Google app so far. The tip we received was regarding search in Chrome, so we can only be sure that it's rolling out widely there. If we receive more tips about the Google app we'll be sure to update this post.

Let us know in the comments if you have the new UI yet, in either app. And if you do, tell us what you think about it. While not exactly life-changing, I think the changes are positive.

[Update: Winners] Win a brand new Huawei Mate 9, wherever you are in the world [International ...