As leaked earlier, the Motion has a 5.5" 1080p display, a Snapdragon 625 processor, 4GB of RAM, what seems to be 32GB of storage, Dual SIM support, an 8MP front camera and a 12MP rear camera with an f/2.0 aperture. That puts it firmly in the midrange category right now. The more impressive specs though are the IP67 dust and water resistance as well as the beefy 4000mAh battery with Qualcomm QC3.0 and a USB-C port. Oh and there's a 3.5mm headset port, which is sadly worth mentioning nowadays. 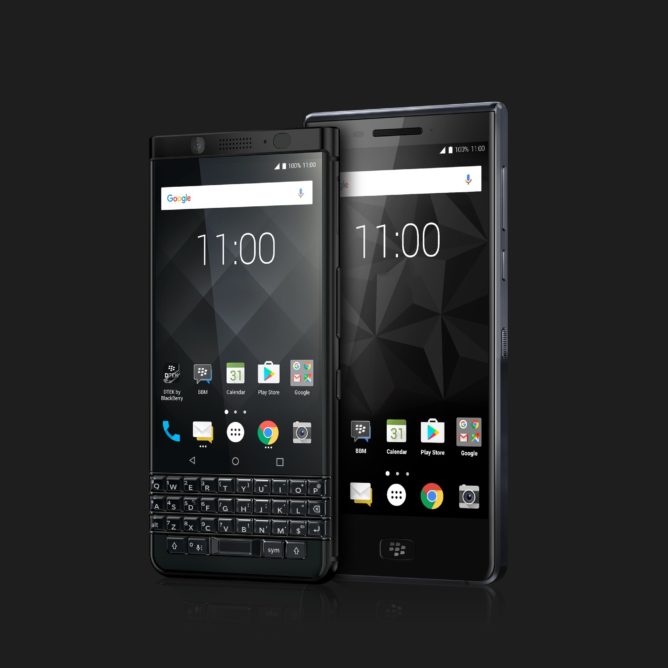 The Motion looks somewhat like the iPhone and Sony's Xperia had a badass baby. It is built with a hardened aluminum frame and a soft textured back with a carbon fiber pattern. There's a home button on the front with the BlackBerry logo that doubles as a fingerprint scanner. On the side, the Convenience Key has been improved to support 3 different shortcut options in 4 different profiles: Home (triggered by WiFi network), Car (when connected to in-car Bluetooth), Office (based on your meetings calendar), and User (depending on which apps you frequently use). On the software side, the Motion runs Android 7.1 Nougat with Blackberry's suite of apps including the Hub and Calendar, as well as a new Locker that can save documents and photos on the local storage in a PIN/fingerprint-protected area where they can't be uploaded to the cloud.