If there's one feature of an email client that everyone depends on, it's notifications. I mean, if you're receiving emails, it's kind of important to be informed about them, right? Sadly for many Google Inbox users at present, this isn't happening. Notifications for the Android app appear to be broken, and it's understandably making people mad. 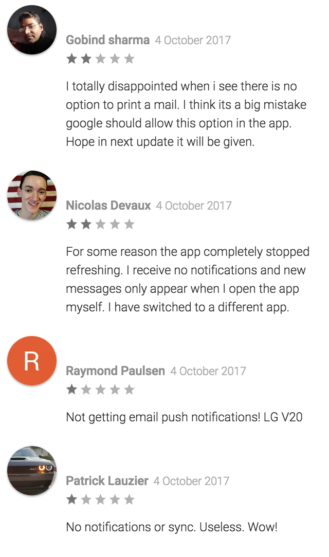 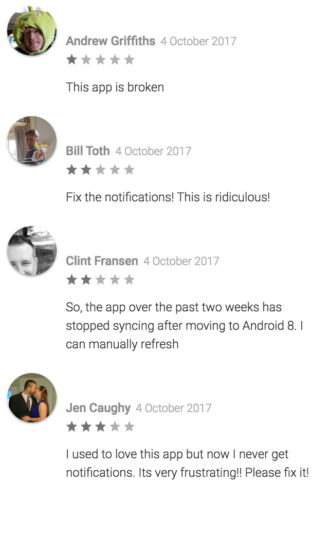 Nearly all recent reviews for the app on the Google Play Store complain about this, as you can see from the images above, and user frustration is plain to see. We've found a thread on the Inbox help forum that was started back in the middle of September, on which there are too many posts to count. There's also a thread on Reddit with numerous affected users, too, so it's clear that the problem is pretty widespread.

There are lots of possible solutions being thrown around, including making sure the battery optimization settings in Android aren't getting in the way of Inbox checking for notifications. Nothing seems to solve the problem for anyone in anything other than a temporary capacity, however. And there's no official word from Google, sadly. We can assume a fix is being worked on, but it's concerning that it hasn't been openly stated yet. In the meantime, it might be best to move back to Gmail until the issue is resolved.

Fortunately, I've not encountered the problem yet. What about you? Let us know in the comments if you're affected or not.