The English version of DigimonLinks was just pushed out to the Play Store without even a peep from the publisher Bandai Namco. All the same, you can expect plenty of the digital monster collecting gameplay everyone loves about the series with one huge caveat. This is without a doubt a free-to-play title filled with gacha mechanics and numerous in-app purchases. 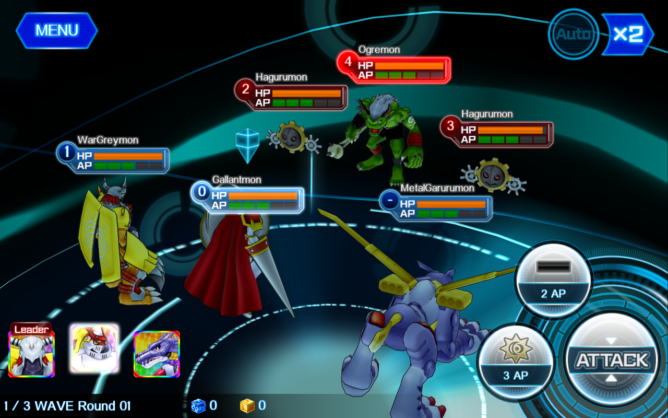 Bandai Namco has seen fit to take the Digimon franchise and convert it into a free-to-play mobile game. Lucky for them the series monster collecting gameplay lends itself quite well to an in-app purchase filled FTP model. This means you can expect gacha mechanics broken up into three styles of character loot crates, where each one asks for specific amounts of differing in-game currencies. These currencies can be gained in many different ways, where using your real-world money is always the easiest.

Once you finish the overly long tutorial and it comes time to start an actual battle, you will see that there are numerous quests broken up into multiple stages. This is very similar in style to the majority of gacha RPGs on the Play Store and shouldn't be much of a surprise. Once you select the stage you will be allowed a choice of equipping up to three monsters for your team. When the battle begins, you will have three moves to choose from for each of your monster's attacks.

Now, the thing is, you can choose to let the game play itself at this point as there is an auto-battle button at the top of the screen. Heck, you can even speed up the auto-battles, which says to me that the developers think the meat of the gameplay is the least important part of DigimonLinks, as you can just let it play out all on its own without any interaction required. 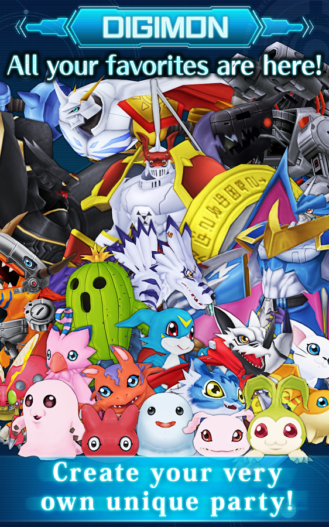 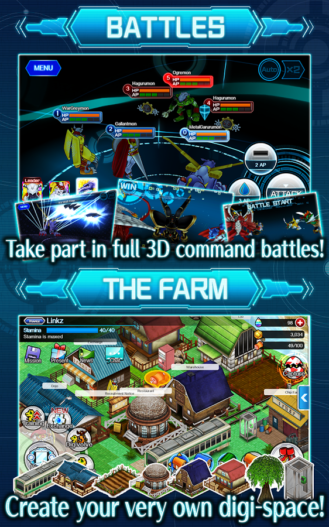 Sure, there is a home base you need to build up in order to properly upgrade and store your monsters that at least offers some semblance of actual planning and interaction. But for the most part, this release is intended to be a grind fest that continually pushes the player towards spending money to keep the proper pacing for enjoyable gameplay. Considering that these monetization systems are implemented in an extremely convoluted way points to how the developer wants to disguise how much money their players need to spend.

This is illustrated even more clearly when it comes time to evolve your monsters. There are three different items you need when trying to upgrade them and they all will be earned at different paces. Then there is a separate menu to train your monsters, which has multiple menus where you can feed, enhance, and combine your collected monsters. With time I am sure the system will make sense, but from the outset, it is slightly confusing. I would even say the combination system comes dangerously close to complete gacha, thanks to how you can combine two Megas to possibly create an even more powerful monster.

Which brings me to the in-app purchases that are included in this title. They range from $0.99 - $79.99 and are used for purchasing Digistones. This is a premium currency that is used for purchasing the many loot crates found in the game including the ones that earn you Megas. Essentially you are gambling on what Megas you get, to then try your hand at combining them. This system will, of course, lead to people spending a lot of money to try and create the most powerful monster.

One last issue I take with this release is with the presentation. From the outset, everything appears to be fine, but once you see how text is wrapped in this game, it is utterly painful. Not only does it shift positions when text is being written on the screen in real time, but many of the menus have line breaks in the middle of words, even if that word only contains two letters. Then you have the issue of long loading times and split downloads that add too many pauses to the flow of the game. Considering that this release is from such an established and well-known publisher, I see little excuse for such shoddy work.

While there are a lot of negatives to be found, the inclusion of Google Play Games Services is a nice touch. You will find support for an auto sign-in and achievement system. Sadly a cloud save feature is missing, though you can apparently backup your data manually and transfer it to another device. But I would imagine this is time consuming and a pain to perform if you switch devices often. 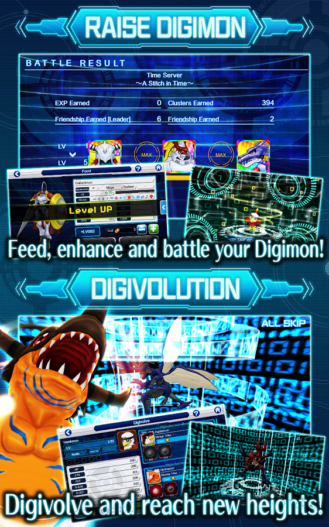 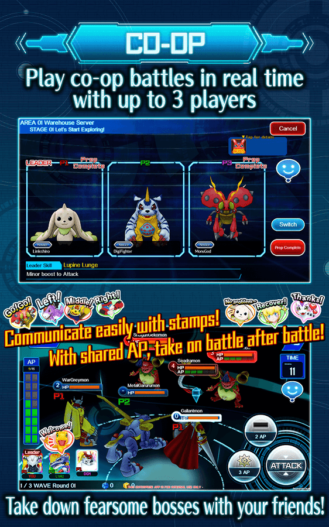 In my opinion, DigimonLinks is not much of a game in the traditional sense, as it's clearly intended as a platform for making money first and foremost thanks to the inclusion of auto-play during battles and a convoluted upgrade structure for your monsters. Sure you could choose to play for free and manually control your battles, but I can't imagine it takes much skill if you are leveled appropriately, just like most gacha RPGs. And that is the crux of the matter, no skill is necessary for DigimonLinks, which is probably fine for casual players, but for those of you looking for something that contains actual gameplay, yeah, there isn't much here to appease that desire.