Lo and behold, sometime late last night BonusXP, Inc. released Stranger Things: The Game. With the second season of the hugely popular Netflix show looming on the horizon, there is no doubt why this title was just pushed out to the Play Store. Shockingly unlike most tie-in mobile games Stranger Things: The Game is an absolutely fantastic release. It plays just like a classic pixel-based adventure game that would easily fit within the library of any 16-bit console, and best of all it's completely free for everyone to enjoy.

At this point, I'm sure all you Stranger Things fans are aware that the new season of the TV show is launching on Netflix on October 27th. But who knew a fantastic adventure game was going to precede the release of the show? Honestly, it took me by surprise which is why I decided to spend some time with the game in order to see if it is up to snuff.

Without a doubt, Stranger Things: The Game was created with an attention to detail and an apparent love for the show that shines through with zero contrition. Not only is the dialog fitting when compared to anything written for the TV series, but the retro 16-bit graphics remind me of the many classic adventure games released for the SNES and Sega Genesis. Sure, those consoles didn't exist in the mid 80's as the show and game does, but in this case I'm willing to give the developers a pass for artistic license. Mostly because I have been having so much fun with this game.

You start out simply enough by playing detective Jim Hopper, who is quickly called to task in order to investigate 4 missing children. The most logical starting point for this investigation is Hawkins National Laboratory. From there you will work your way through the compound hunting down clues, keycards, and an ever-elusive Eggo waffle.

Where controls are concerned, the title plays a lot like any classic adventure game. You tap on the screen where you want the protagonist to move or investigate. Combat works in the same manner as you simply tap on the enemies you want to attack. You will need quick reflexes in some of the more hectic battles, but for the most part, the controls work as intended and don't get in the way of enjoying the gameplay. Something of a blessing for a touchscreen controlled game.

As you progress through the story, you will start finding some of the missing children you have been searching for. Once you find one, you can then hot-swap to that character in order to take advantage of their unique skill. This comes in handy for solving puzzles but also shows a great attention to detail thanks to how fitting each character's skill is.

Oh, and for those of you worried about Google Play Games Services support, leaderboards and achievements are built right in. Sadly there does not seem to be any support for cloud saves, which would have been nice for those of us who like to play their games across multiple devices. 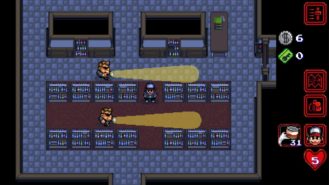 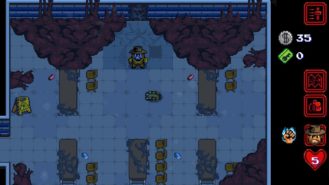 Now, I don't want to ruin the rest of the adventure for all of you readers, so I will keep this article short, but suffice to say this is without a doubt a must play release. The amount of polish shown here is something to celebrate. Not only is this one of the best games I have played on Android, the fact that it's an entirely free title for everyone to enjoy is a scarce thing indeed. So wherever you are, whatever you are doing, take a second and install this game right now. Because believe me when I say that Stranger Things: The Game is most definitely worth being late for whatever you are on your way to do. After all, if the show has taught me anything, it is clear that friends don't lie.

[Update: Also live outside the US for some] Google Search Lite app appears to be available in ...