Google's new Pixelbook looks kinda slick. I think the chances are pretty high that I'm going to grab one. At least, if the keyboard on it is any good. But there are a lot of places to pre-order the new Chromebook up outside the Google Play store. For your convenience (and mine, later) we've put together some of the spots you can pick it up into a nice little list. 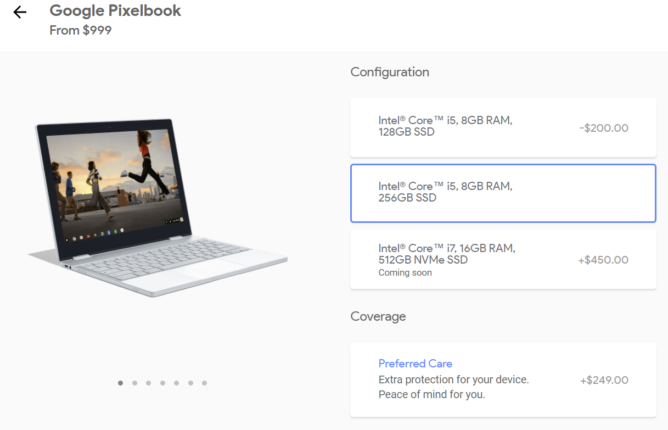 I'd provide links to each if I could, but they're all just accessible via the one page here. The Pixelbook Pen is an add-on accessory on that same page, but if you're determined to grab one separately, it does have its own listing. 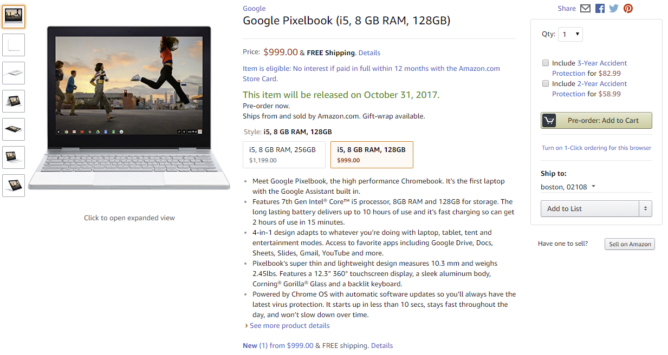 Like pretty much everything else in life, you can pick up the new Pixelbook at Amazon, too. You can't buy the i7 version just yet, but the other two are available for pre-order now. Prices are also, unfortunately, the same as at the Google Store, so you won't be finding a deal here. At least, not yet. 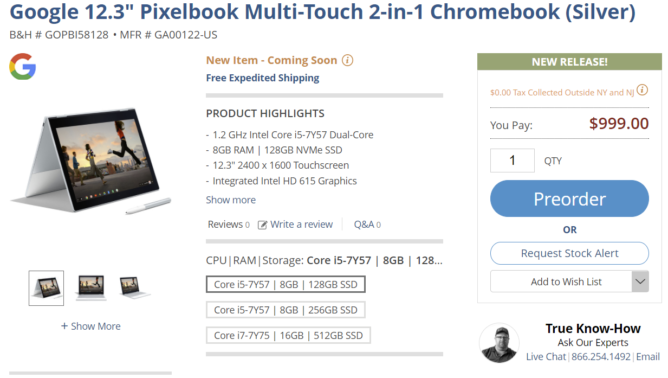 You know, I have no idea what B&H actually stands for. Whatever it means, you can buy the Pixelbook there, too. They've got all three models listed, but only the two i5 units are available for pre-order. You can sign up to be notified when the i7 SKU is up for purchase, though. 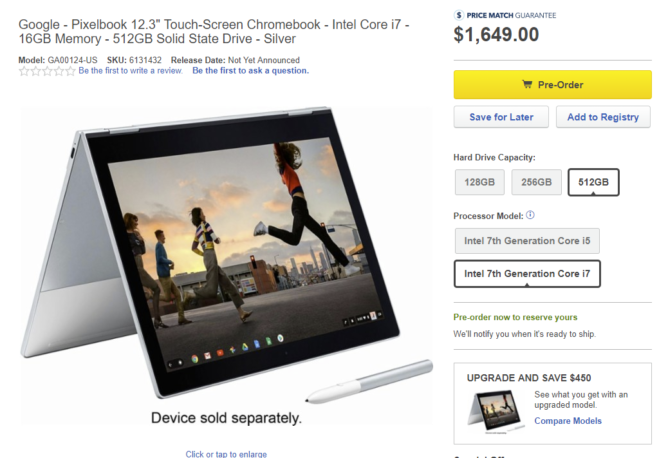 The brick and mortar retailer clings to life yet, and it's one of the places where you can pick up Google's latest Chromebook. Not just that, it's one of the few spots outside Google's own shop where you can order the pen meant to accompany the device. Unlike everywhere else on the list, they'll actually let you pre-order the i7 model now.

That's a lot of potential places to pick up a Pixelbook. If you're interested in the mac-daddy model, you really only have one choice short of waiting. But I don't doubt that the sub $1K unit is plenty of Chromebook for anyone, and there are a lot of choices there.

Here's where to pre-order the Google Home Mini