These phones still look like Pixels, but the design is a bit refined. The Pixel 2 XL has a new 6-inch OLED display that includes rounded corners and smaller bezels. The display is 2880 x 1440 with an 18:9 ratio, so it's taller like the screens on the GS8, G6, and other phones. It uses circular polarization, so you can use the screen at all angles while wearing polarized sunglasses.

The regular 5-inch Pixel 2 has a new 1080p OLED display too... but the top and bottom bezels are still rather large. Maybe that's forgivable because this year's phones have dual front-facing speakers. The fingerprint sensor is still in the right location on the back below the camera, but the glass panel is smaller and shifted up toward the top of the phone. Google says the fingerprint sensor is the fastest of any phone, which would be a substantial improvement. 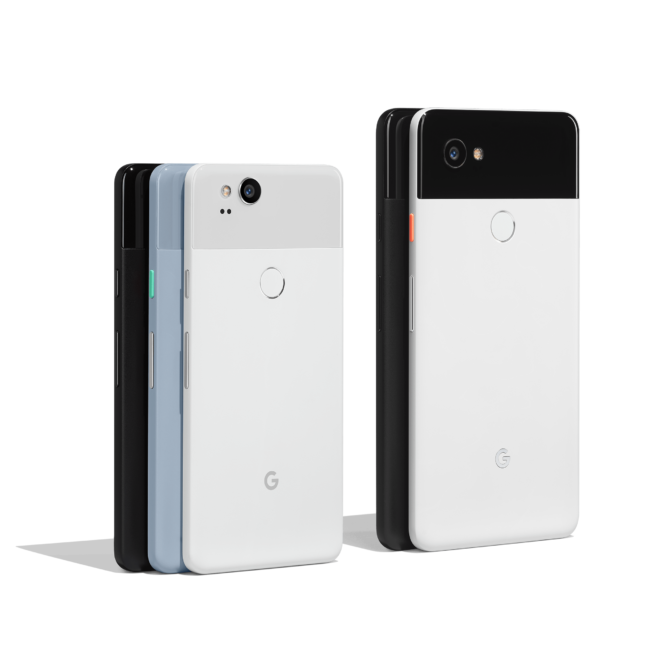 Google is talking up its camera smarts, which apparently resulted in a DxOMark score of 98. That's the highest ever if you put stock in such things. The resolution is 12.2MP, and it has an f/1.8 aperture. The allegedly excellent performance without the need for a second camera sensor is thanks to HDR+ processing of images, which Google says has gotten even better in the Pixel 2. The Pixel 2 has electronic stabilization like the Pixel, but it also includes optical stabilization.

Are you wondering about the headphone jack? It's gone, as rumored. The phone will come with an adapter, or you can use Type-C headphones, which are still very rare. On the upside, the Pixel 2 will have Bluetooth 5.0 and support for Hi-Fi audio. Hopefully, it works better than Bluetooth on the first-gen Pixel. The lack of a headphone jack might have made it easier to waterproof the phone, and that's what Google did. The new Pixels are IP67 rated. That was a big drawback for last year's phones. The squeezable frame rumored a few times is real, and Google calls it Active Edge. Just squeeze the device, and you can launch Assistant. 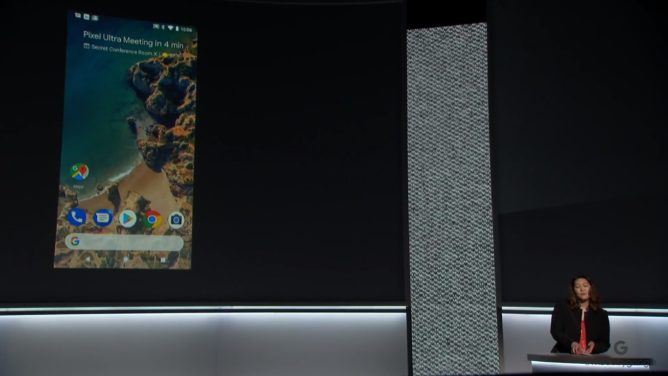 On the software side, these phones will launch with Oreo (obviously), but that's not all. The Pixel 2 and Pixel 2 XL will ship with Google Lens, the AI-powered object recognition platform. There's a button in your search bar to launch Lens, as well as in the Photos app. It can do phone numbers, art, movie posters, and lots more. Google also says Lens will get smarter over time. It's a preview for now, so expect some potentially inaccurate detections. Get ready for a new Pixel Launcher, too. The search bar is at the bottom, which is odd. The always-on music ID feature we spotted in the Play Store earlier today is happening as well. Google says machine learning powers this ability, so it doesn't have to send any data to Google. 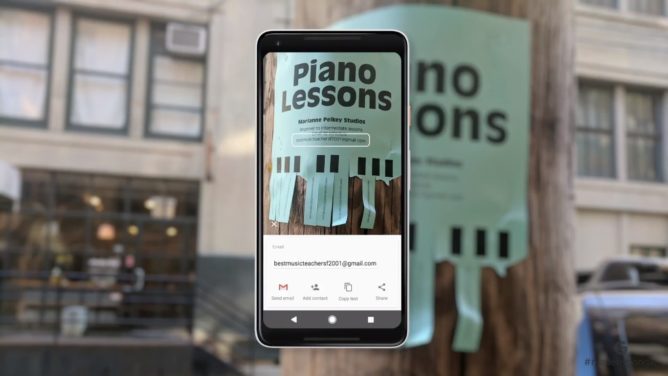 These phones won't be cheap, which will come as no surprise based on last year's Pixels. The Pixel 2 will run you $649, and the Pixel 2 XL will be $200 more at $849. Verizon is the exclusive carrier partner, but Google will sell the device directly via the Google Store in both unlocked and Verizon flavors. The shipping timeline is a few weeks out.

Google Lens will be a Pixel-exclusive feature at first, coming soon to Assistant and Photos

Pixel 2 purchases will include a free Google Home Mini