The Nest Cam IQ already has a lot of smarts built-in, but it's getting even smarter with a new update. There are some changes to video and person detection, but probably the most important new feature is full-duplex audio. No more walkie-talkie-style conversations with people on the other end of the video feed.

Here's the notification sent out to Cam IQ owners. 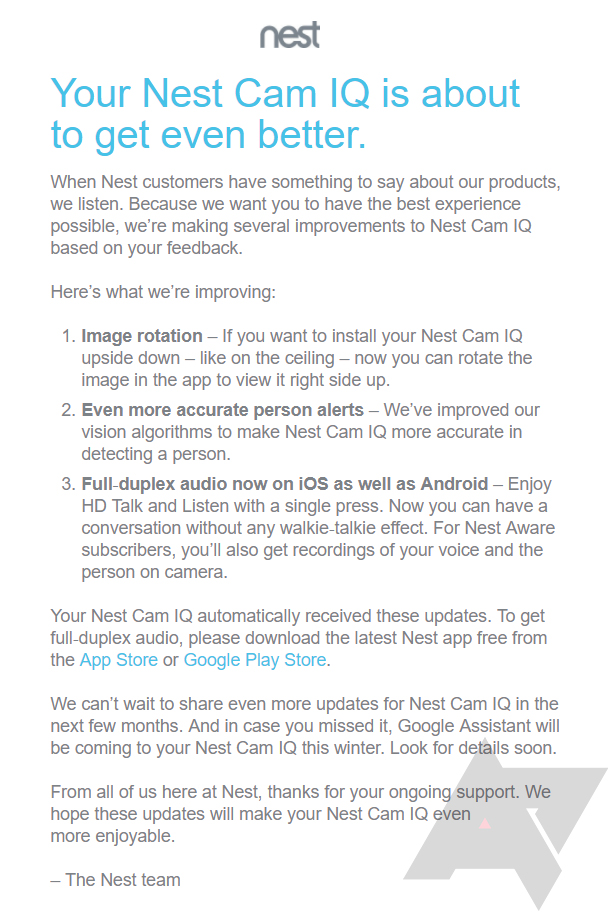 With full-duplex audio, you can simply press the audio button and have a normal conversation. The camera is capable of audio input and output at the same time. Previously, you'd have to hit the button to talk, then release it to listen. Cam IQ will also gain the option to rotate the image upside down. That allows you to mount the camera to the ceiling rather than sitting it on a flat surface or attaching it to a wall. Video processing algorithms have been tweaked as well, with the aim of making person detection better. At launch, the Cam IQ was a little too quick to identify an inanimate object as a person.

You don't need to do anything on your end for this update. The Cam IQ will update automatically to the latest software version.