A couple months back we heard that Google was testing a new Search Lite app. It appeared to be targeting the Indonesian market, and — as the "lite" name would suggest — it's meant to use a bit less data, working better on a slower connection than the old search app. Now it's been updated to version 0.2, and it's brought a tweaked layout with it. 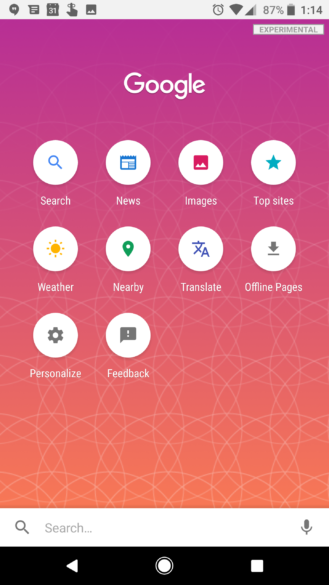 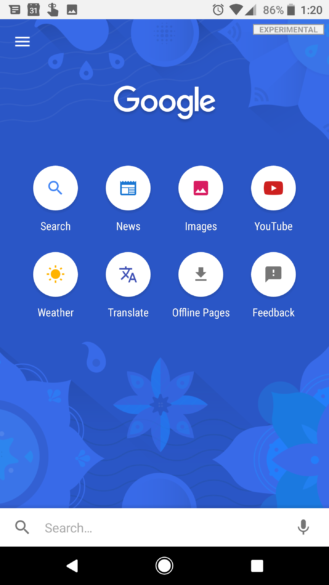 Before (left) and after (right)

Outside the app's landing page above, changes in the new version are quite minor. A few icons have moved by a tiny bit, like the mic input button sliding to the left by just a hair. The layout, margins, and content for a couple of cards in different sections of the app have also been just slightly tweaked, but it's all incredibly minuscule.

The biggest visual changes in v0.2 are a new background, slightly different sizes for icons and the Google logo, a new menu, and tweaks to the various sections of the app. It's lost the Nearby and Top sites sections and added YouTube. The Personalize section is still there, it's just been moved to the new menu in the top left. 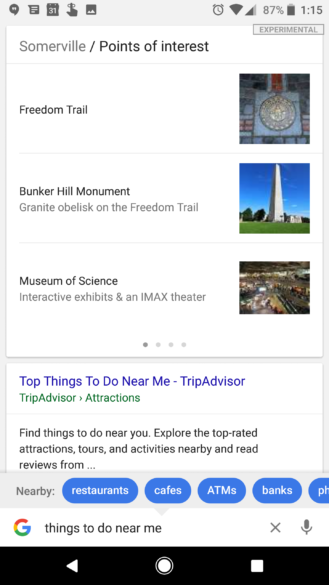 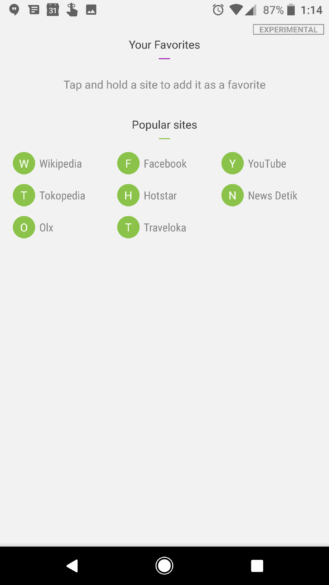 The old Nearby and Top sites sections

Nearby and Top Sites were probably the two least useful parts of the previous app, so it's no great loss to see them go. I was initially excited to see what the YouTube section might have looked like, but it's just a shortcut to whatever YouTube app you have installed. It should presumably work with YouTube Go, to better stack your data savings.

A couple of options in settings have also been tweaked/lost, but the app is mostly as it was before. If you're in one of the target markets, you'd like to save data, or if you're just into trying out random Google apps, we've got your back. You can download this latest update at APK Mirror.

It looks like the widget (which we didn't even know it had) has also been tweaked: 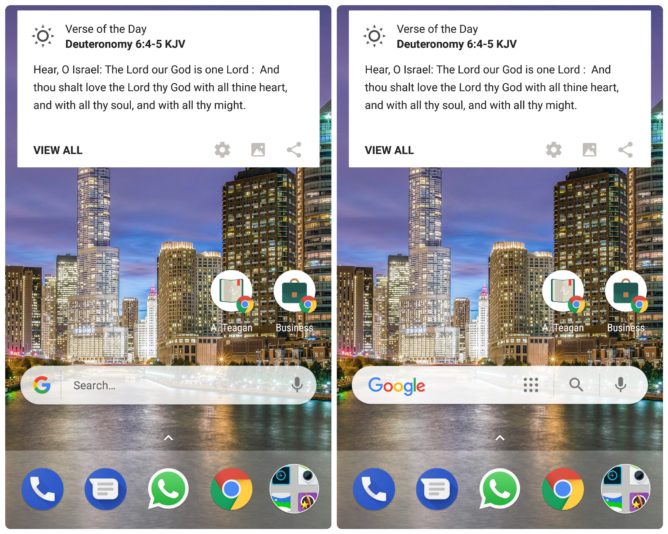 Before (left) after (right) Instagram is expanding its shopping feature to more merchants