Sphero has made quite a few remote-controlled toys, most recently miniature versions of the R2-D2 and BB-9E Star Wars droids. About a week ago, the company accidentally published the app for 'Sphero Mini,' which was taken down shortly after. Now the toy is official, and like the BB-8 and BB-9E products, it's a sphere-shaped robot controlled with a phone or tablet.

There are a few different modes you can try out, as seen in the video above. You can control the toy with facial expressions, use it as a controller for various included mini-games, or drive it around manually. Sphero also highlights its ability to be programmed using JavaScript, but that seems like an odd choice; most products like this use Python, such as the Cozmo. The battery should last for around 45 minutes, and it charges with a microUSB cable. The outer shell can be swapped for other colors. 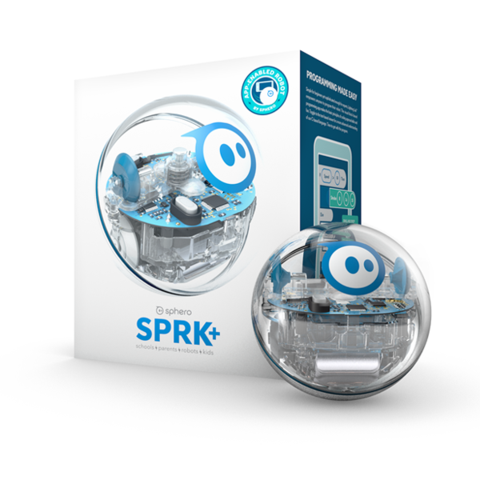 Sphero is also making a version of the Mini for educational purposes, called the SPRK+. It's larger than the Mini, with a clear scratch-resistant covering and a longer Bluetooth range. It's more than twice as expensive as the Mini, coming in at $129 for a single robot (or $1,199 for a 12-pack). I'm not a teacher, but I imagine most students would get bored of this pretty easily - all it does is roll around.

You can buy the Sphero Mini from the source link below. It's available in orange, green, white, pink, and blue. An Accessory Pack is also available for $10, which includes 10 bowling pins and 6 traffic cones (the Mini comes with 6 and 3, respectively). Additional shells are available for $12 each.