When your bandwidth doesn't oblige, sharing videos via Google Photos can be a bit frustrating. Videos are, well, large. And uploading large files can take a while, especially if you're in a congested area, on a throttled connection, or traveling. But now Google Photos has cut down the wait by uploading low-resolution copies for sharing first. And don't worry, your friends won't be stuck with blurry potatoes, those videos are later replaced with high-quality versions.

Unless you've lived under a rock, you should be familiar with Google Photos, which is arguably one of the best products Google ever released. It allows you to easily upload and categorize all your photos and images, and it works incredibly. It can even identify the content of your photos, so when you search for something like "Oregon waterfall" or "me with the cat" it's able to grab the images that contain just those things. 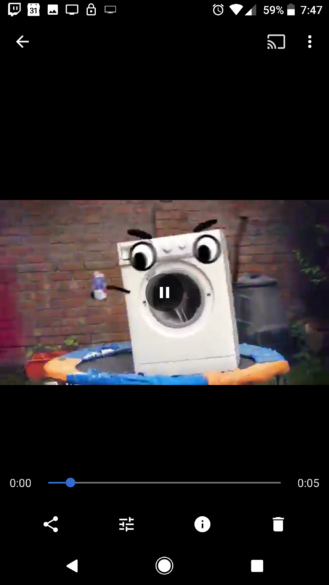 The new change might seem like a corner-case, but I've actually run into this issue a ton of times. I like to harass my friends with videos I record all the time, and it can take quite a while if you're on a low-bandwidth connection for them to upload. By uploading a lower-resolution version first I can share my videos much more quickly, and I know that they'll get an improved version of it later. The feature is part of the latest update, which came out just today. The short changelog for v3.6 is just below:

Faster video sharing
• We’ve reduced the wait time for sharing videos in Google Photos by uploading low-res copies for sharing, and later replacing them with the high-res versions.

This latest update is live on the Play Store as of right now. You can download it there or pick it up from the fabulous folks over at APK Mirror.