This release doesn't quite bring things up to the September's patch, which included BlueBorne fixes. Some OEMs have snuck in BlueBorne fixes on an older patch level, like OnePlus. But it's also unlikely that they were otherwise added since Verizon has previously advertised the BlueBorne fix in its changelogs.

The biggest fixes are for Wi-Fi call performance and voice recognition. Now users of the Galaxy S7 and S7 edge on Verizon can use OK Google even in power saving modes, so you don't have to sacrifice as much in functionality when trying to squeeze out every bit of battery life.

The full changelog is a bit long to bring up here, but a slightly truncated version is as follows:

Among the corporate improvements are Android for Work compatibility with USB port file transfers, voicemail speed dial and notification from Knox, and fixes for both Knox and OneTalk.

The OTA should already have started rolling out since it's been listed on Verizon's site. You can check yourself, if you have one of the two devices, in Settings -> About phone -> Software updates -> Check for Updates. YMMV, though. If you don't see it quite yet on your device, you should soon.

It would appear that BlueBorne fixes are actually included, though they aren't mentioned in the log and the patch is a month behind what it would normally be. One of our readers checked via a vulnerability scanning app, and it's reporting the device to be safe. 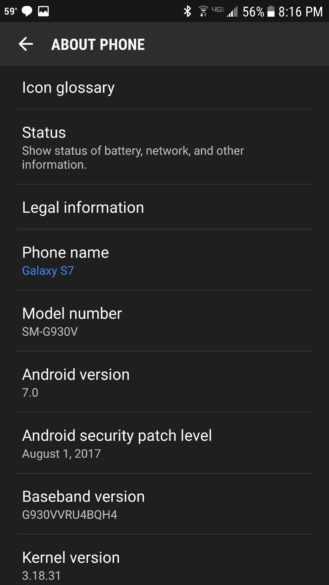 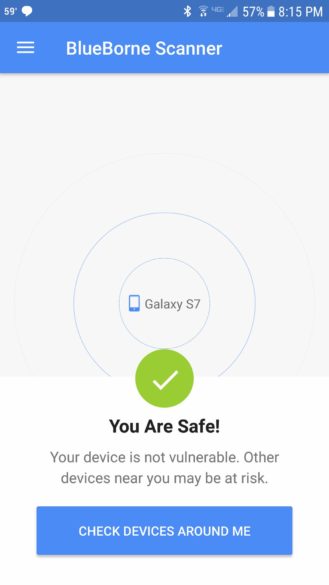