That's right, if you had forgotten all about Super Mario Run, it might just be time to check back in and see what is new. Not only is there an all-new character you can unlock, but there is a new mode called Remix 10, where you play through 10 random successive sections pulled straight from the game’s numerous levels. Oh, and if that was not enticing enough, Nintendo has halved the original $9.99 price down to $4.99 for the next two-weeks.

As of today Super Mario Run has been updated to version 3.0.4, and with this new version come a few new additions to the game. Not only can you expect a new mode, a new character, and a new world with new levels in tow, but there is a pretty cool new feature where you can listen to your own music instead of the provided Mario Run soundtrack.

For a more in-depth look at what is on offer with version 3.0.4, please read the quoted text below.

■Remix 10: Super Mario Run courses done short and sweet!
In Remix 10, you'll challenge 10 very short courses in a row. Daisy is lost somewhere along the way, so if you play enough courses you'll be able to find her! You'll also be able to play some extra Bonus Games and a Super Bonus Game to get various buildings for your kingdom as you run through this mode.

■Even more fun with World Star!
There are some new courses to explore, including a forest, a ship packed with coins, and a whole airship armada. Each course adds a whole new level of fun!

■Daisy, a new playable character, is here, and she brought a double-jump skill with her!
If you play through enough Remix 10 courses, Princess Daisy of Sarasaland will join your group of friends. Her double-jump ability lets her jump while she's already midair!

■Listen to your favorite music with the music-play feature!
Now you can listen to music stored on your device while playing Super Mario Run. Mario and his friends will wear headphones when this feature is turned on! Find some music that will get you pumped to run some courses!

■New buildings for Kingdom Builder mode
You may earn brand-new buildings from the Bonus Games in Remix 10. Try to get as many as you can!

■The way opponents are selected for Toad Rally has been adjusted. There is now less of a chance you'll play against someone whose Toad population is significantly different from yours.

While all of those bullet points are most definitely welcome additions to the game, in my opinion, the best part of this update is the fact that the price is currently cut in half for the next two weeks. I think many of you can agree that the original $9.99 price point for what is essentially a single button runner was a little too high. Sure, that doesn't mean this isn't a highly polished runner, but even then there are already games on the Play Store that also offer polished runner gameplay that are priced nowhere near what Super Mario Run normally costs. 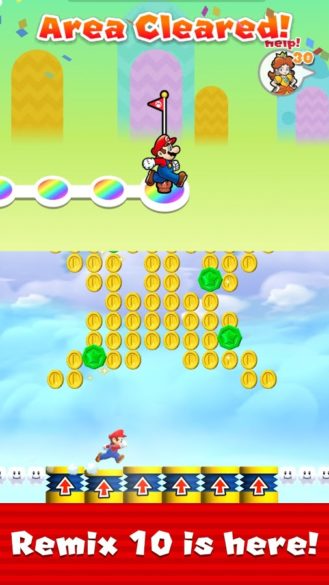 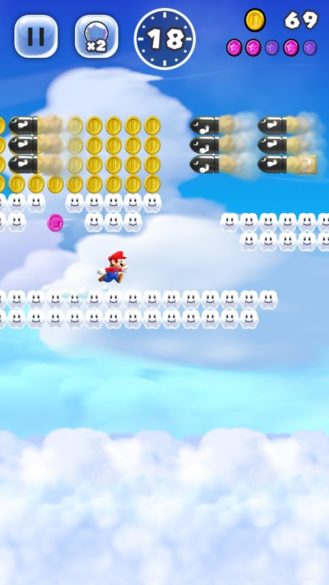 I would say that if you have not yet played Super Mario Run, today may just be the day to check it out. If you had played the game previously but didn't want to spend $10 on its content, the lower price for the next two weeks may just be the push you needed to finally commit. But rest assured, Nintendo has gone the extra mile to try and give us something a little more enticing, and I say that is a welcome change for the better that's at least worth $4.99.

[Update: Only $15 from Samsung] The SmartThings Link for NVIDIA SHIELD is up for pre-order