On further inspection and after much more discussion, the Android Police team has come to the consensus that the slides shown in this video are, at the very least, probably not representative of anything we'll see at Google's October 4th event, if not outright fabrications. Unfortunately, it is very difficult to "debunk" something like this because it is hard to come by directly contradictory evidence, but tidbits from the alleged source like dual rear cameras - which we are quite certain are not a feature of either upcoming Pixel phone - lead us to deeply question the quality of this information. In addition, the context and strangely convenient view of these three rather ambiguous presentation slides just leaves us very uneasy. We apologize for any confusion this story has generated, but if you want our final take, it's that you probably shouldn't rely on anything from the source cited in this video.

YouTuber BRECCIA is the creator of this now confirmed hoax. He's done it once before with the PS4 Slim, will do it again, and says he's just looking for some design work. Not the best strategy if you ask us, but not the worst either.

With the Pixel 2 and Pixel 2 XL leaked to no end already before next week's October 4 event, we thought nothing would surprise us anymore. Yet here we are with this leak that's coming straight out of left field: the "Ultra pixel."

Arun Maini, of YouTube's Mrwhosetheboss channel, received a couple of images and videos from an anonymous source that seem to indicate that Google is working on something called the "Ultra pixel." The source seems to have secretly caught images from a slide presentation being worked on inside a Google office and the images reveal the main slide, another one with "The future of Android is Fluid" and a third one that shows a Multitasking overlay on the bottom.

Let's get started by showing you the video where Arun explains a little the images and his take on them:

And now here's our take, fresh from the AP virtual offices where we've been scratching our heads and freezing every frame of that video where you can see the slides.

First, are these images fake or not? We can't tell for sure. We don't have the original images so we can't scrutinize them, but from what Arun shows, we're keen on thinking they're legit. The Google branding, iconography, style, likely wallpaper choices, the lack of the Google pill widget, it's all familiar and expected there. It would have been a very elaborate fake to make those slides with all that detail, then put them on a computer and pretend secrecy by taking them at that angle. But you never know, some people have a lot of free time on their hands.

Second, assuming the images are real, why is it called "Ultra pixel" with a lower case p? Granted, Google hasn't been very consistent with capitalizing its product names, but a lower case pixel doesn't seem likely. The Pixel is a brand, and lowering that case just deemphasizes it from the name, which I wouldn't think Google wants. Also, do you remember HTC's UltraPixel cam on the M7?

Third, again assuming the images and info is real, what on earth is that device? Given the top and bottom bezels, Scott and Cody are leaning toward it being a rebranded Pixel 2 XL (maybe to compete with the iPhone X?), while I'm more on the fence. Arun's mention that the leakster suggested this phone had dual-cams (no slide for that) pushes me in that direction. Plus, I wouldn't put it past Google to make a higher-end Pixel to compete with the likes of the iPhone X, but then wouldn't it have to carry smaller bezels and a bigger display? And where on the price scale would that device be? We're already looking at a rumored starting price of $649 for the Pixel 2 and $849 for the Pixel 2 XL. Would the "Ultra pixel" push the price up to the $1000? And at $150 price difference, if you were already paying $850, would you really go for the XL if the Ultra was an option? 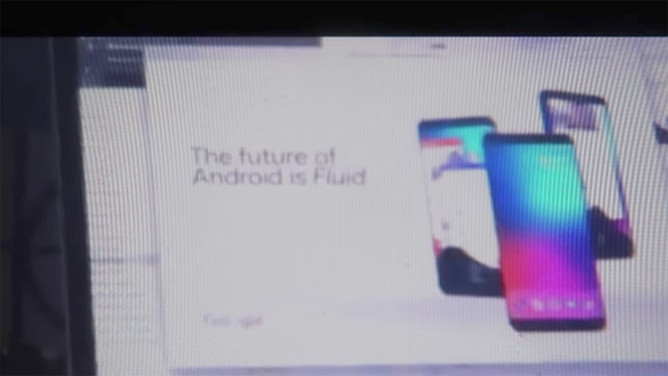 Fourth, there are the "Fluid" and "Multitasking" slides. We've been going over them in our chats, wondering what they could and couldn't mean. Arun might be on the right track suggesting the lack of navigation keys and a gestures-only navigation approach. However, from discussing this with our resident code guru, Cody, I got the feeling he thinks this approach is still a ways off on Android. Still, it makes me wonder if the move away from the side menu to the bottom tabs in many apps could explain freeing that side edge for a different swiping gesture. 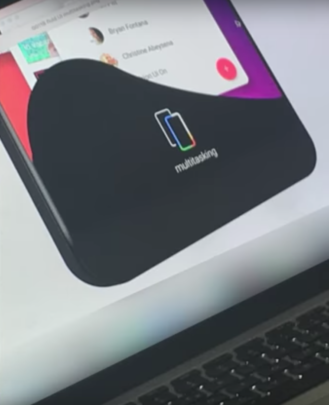 And finally, there's the mention of "a new kind of fingerprint scanner." That one is just speculation on Arun's part and given that Qualcomm announced fingerprint scanners under the display would come in the summer of 2018, I would think either Google is doing something new here or the device won't reach the market for many months.

So what do you think? Is this a fake leak? A legit presentation prepared by Google but for a mock product that may/may not exist? A hint at a rebranding of the Pixel 2 XL? A "one more thing" surprise at the October 4 event for a higher-end upcoming Pixel? A product still in development by Google that won't see the light of day soon? Let the speculation run rampant in the comments.