A new update to Google Maps began rolling out late last night to members of the beta channel. This one is arguably light on notable changes, except that there is one feature that may go live in the next few days: Commuting. It was at least briefly live before being disabled remotely. There are also several new topics for a teardown, including more points for longer reviews, new badges, and more.

Commuting: It was is live

Commuting appears to be live

At least as of October 9th, the Commute settings appear to be live again. However, it appears to be coming and going a bit on v9.63.0, so you may have to update to v9.63.1 if you don't already have it. 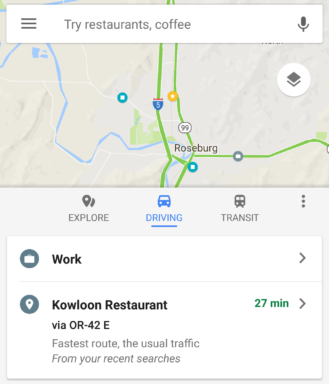 A quick test of commute settings leaves me thinking that they just add a card to the driving tab at roughly the right time of day. That card opens a fairly straightforward navigation screen with the right destination and mode of travel already set. At least I think that's what it does, but that's not really any different than the old commute card, so I'm not really sure. Try it out and see if anything interesting happens on your return home.

It was a short-lived tease, but it did happen. Just as I began poking around for changes in v9.63, I found the Commute settings screen that was shown off in the teardown of Maps v9.62. Unfortunately, just after I finished entering my details, the option vanished from the settings screen. Obviously, this wasn't intended to go live yet, or at least not for everybody – well, probably not me. 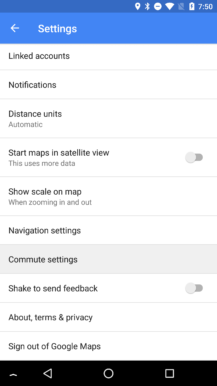 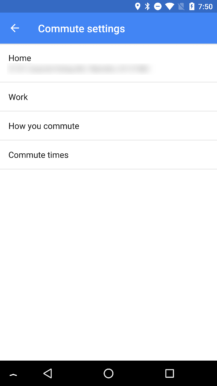 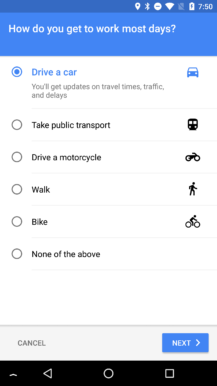 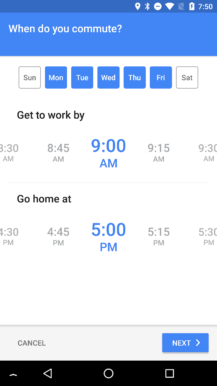 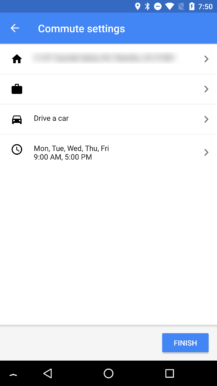 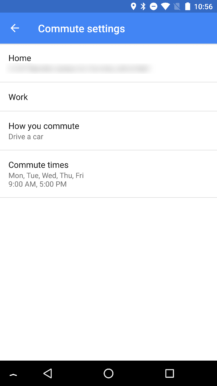 The screenshots aren't very remarkable, but they do put a picture to the previous description. This is basically the step-by-step setup process. Your home and work addresses will be filled in automatically, assuming you have them set, and you should only need to pick a mode of transport and your schedule. After that, there's a final screen to confirm your settings.

Unfortunately, commuting seems to have been disabled while I was setting it up, so there was no opportunity to test it out and attempt to trigger some notifications. But seeing as it's probably finished and ready for operation, it shouldn't be long before everybody can try this out for themselves. 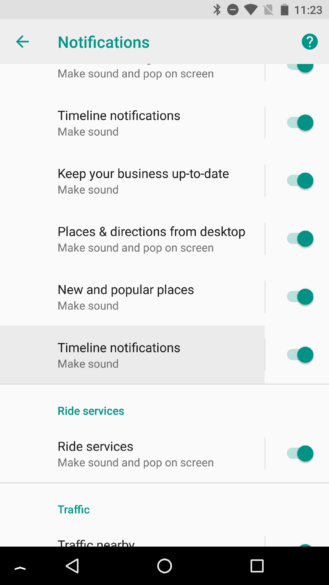 It's pretty normal for Maps to have new notification channels, but the new addition with this version is a little confusing. It's called Timeline notifications, but if you look just a few lines up in the screenshot, you'll notice another channel bearing the same name. I'm not sure if they are linked to the same thing or not, but I imagine one will be renamed soon enough.

Note: This notification channel was removed with the v9.63.1 update.

The point system used for Local Guides was greatly improved a few months ago when new levels were added and the point rewards for activities were restructured to be a little more fair to contributors that provided lots of photos, reviews, and other things that took more time than tapping on a star.

Unfortunately, there are now a couple of loopholes that incentivize lazy behavior, espeically with reviews. Skim through a few popular places and you're bound to see quite a few reviews that barely break 10 words and merely list some obvious details, but they hardly qualify as reviews. It looks like Google is about to change the curve a bit to encourage people to be a little more detailed with their comments. A few new lines point to bonus points that will be awarded for reviews exceeding a set length.

The amount of the bonus and the minimum point at which you can receive it will be determined by the server, and I wouldn't doubt that it will be adapted based on user behavior and the language used for a review – we're looking at you, German.

Contributors should be able to justify the time to write more thoughtful reviews if the points make it a little more worthwhile. On the other hand, now people have a reason to write way too much before getting to the point. (I may be guilty of that from time to time.)

As a bonus, there's also this cool new image to go along with writing reviews. 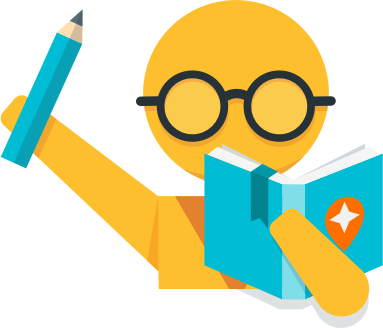 More badges may be coming

You need look no further than the Local Guides program for an example of how a small amount of recognition for an achievement can inspire people to do more. At the time, the only badge you can earn in Google Maps is from Local Guides, but there may be a wider array becoming available. New text suggests there will be a new UI coming that will showcase your badges, plural.

No specific badges are mentioned yet, but I wouldn't be surprised to see some of the traditional achievements represented here, like distance traveled by car or by foot, and maybe the number of countries or states you've been to.

Shared lists will get a follower count

This is a pretty small detail, but it looks like we're going to see follower counts on our shared lists. It's not showing up on my shared lists yet, so I assume this isn't live. Probably soon.

If you celebrate Diwali, or at least live somewhere that does, you already know the festivities are only a few weeks away. The Hindu festival of lights will begin on October 19th this year, and Google Maps is getting ready. Several new lines of text were added in preparation for the event. This year, you'll be invited to "bring a rangoli to life" each day of the event. It's actually going to be pretty simple, you just tap the screen three times to fill a design with color.

[Update: Only $15 from Samsung] The SmartThings Link for NVIDIA SHIELD is up for pre-order