This is one of those minor UI changes we often see pop up in Google's apps, but we've been getting so many tips about it we thought we might as well let everyone else know about it. The Play Store, the portal to the Android app world, has been updated to include a slightly altered menu layout, and to be honest, it is an improvement.

Behind the hamburger, you'll find various areas relating to content types, the default screen being Apps & Games, which makes sense as this is the area of most interest on an Android phone. This section has now been renamed Home, although it functions in much the same way, offering recommendations for apps to download, as well as charts, and so on. In the old menu, there was a largely redundant Movies, Music, Books section, which was also in a separate tab accessible from the default screen. This always seemed pointless given the individual sections for Movies & TV, Music, and Books, so it's no surprise to see it go. 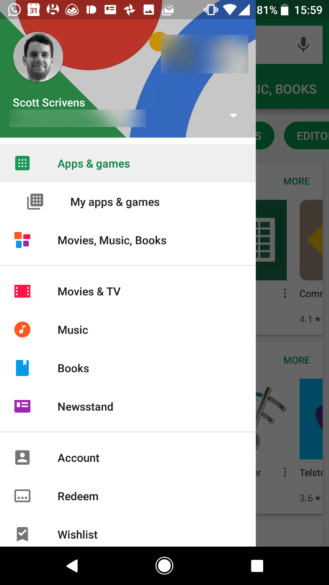 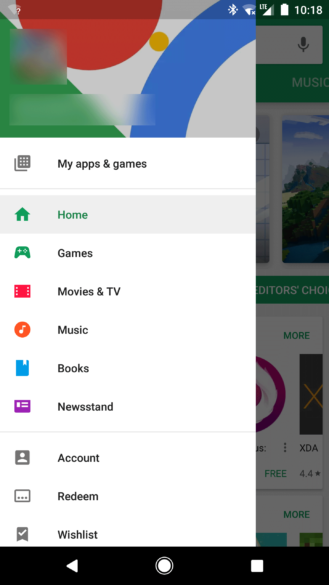 In place of the removed option is a new area dedicated purely to Games. Tabs are still in play, but they exactly mimic the hamburger menu now, which is certainly more logical. If you want to see your installed apps, the My Apps & Games section is now located at the very top of the menu list but without getting its own tab.

There's not much more to say on this really. The changes make sense, but they're not revolutionary. I sideloaded the latest version of the Play Store app from APKMirror but didn't get the new menu, which would suggest a server-side rollout is happening. If you want to check that you have the latest version, in the app navigate to Settings > Play Store version.

[Deal Alert] Get a refurbished Pixel or Pixel XL from Woot, starting at $349.99