We first learned about a possible trade-in program that Google was running with the launch of the Moto X4 on Android One. But at that time, we only knew that Nexus devices would be eligible for offers up to $165, and that trade-ins before October 5th would get an additional $50 of Fi credit. The Google Store's trade-in program has now gone live ahead of the Pixel 2 launch, and the offers are unsurprisingly low. 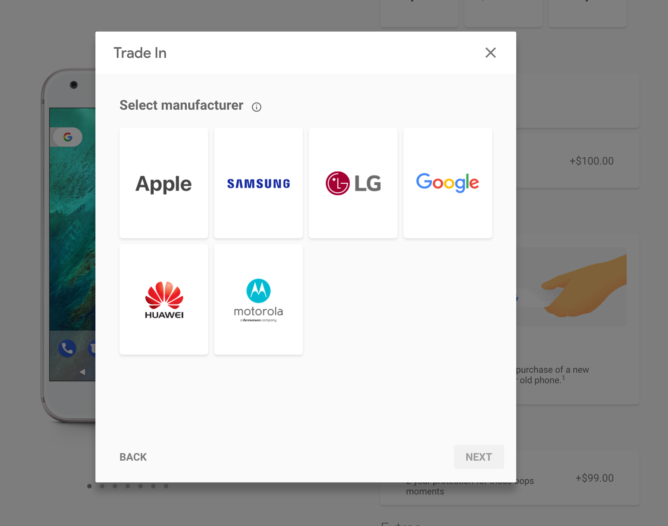 Here's how this trade-in program works: you get an offer online for your current phone, purchase a new Pixel phone, then ship the phone to Google and get a refund in the form of credit on your card. Your offer is based on the phone's storage size, the carrier, whether the screen is cracked, and whether it turns on. Pretty standard stuff. 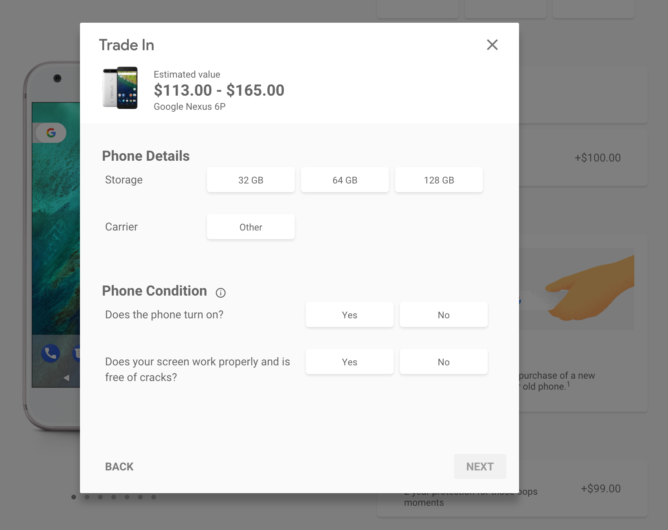 You're probably here to hear some of the offers for the more popular phones. So without further ado, here are prices for all the Android phones and some of the iPhones:

So yeah... not the best prices. All in all, there are only nine Android phones and seven iPhones eligible. The Nexus devices are listed under both their manufacturer and Google, which is smart thinking on Google's part. But you're still much, much better off trying to sell your phone on eBay or Swappa, and in most cases, you'd get double the Google Store's offers. Google already has a support page up that will guide you through all the ins and outs of the process should you be interested (let's be honest, it's not likely).

If Google deems you worthy enough to see the trade-in offer, you'll be able to see it on the side of the Pixel page. I have unfortunately not been selected, but some other members on our team have. Let us know if you guys are seeing this on your devices.

Trade-in prices for the Pixel and Pixel XL are now live on the Google Store, so you can see what you're likely to get if you swap your first generation model for one of the new devices coming October 4th.

The price ranges are as follows:

These are just estimates, it's important to note, and the actual amount will depend on the condition of the phone. Those numbers could also change by the time the new phones are launched, but they should give you a good ballpark figure. They're actually not too bad, even if only adding an extra $10 for the 128GB model over 32GB seems a little unfair. 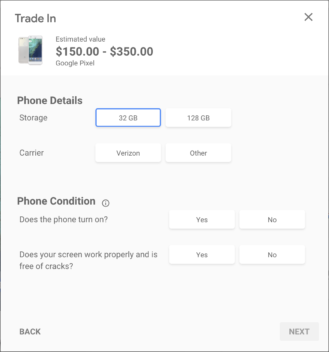 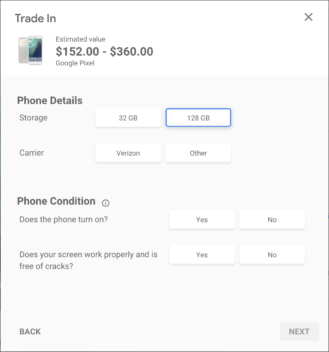 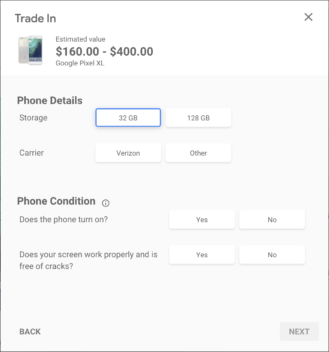 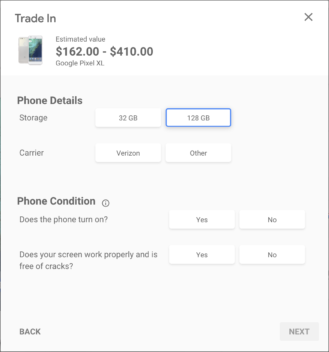 [Deal Alert] Get a refurbished Pixel or Pixel XL from Woot, starting at $349.99