But first, let's clear a couple of things. The "Saved" icon started rolling out in Google's mobile site as part of a new sidemenu around the beginning of August. So this isn't unexpected, the "Saved" menu is making its way to the Google app now, instead of just the mobile site. It's also worth noting that Google "saves" have been around for almost two years now. They started with image search results, then Google rolled out a Chrome extension to let you use them on the desktop for saving websites, and recently they integrated Google Maps' personal lists and starred places. You can already see your list of saves at Google.com/save. And one last note: so far on mobile, you could "save" images and places, but not webpages. Those were limited to the Chrome extension on desktop.

Alright, with that out of the way, let's discuss this change. Google is testing surfacing these saves in the mobile app. Instead of remembering that URL above, you'll be able to tap the "Saved" icon in the side menu to be taken to your list of saves, with tags/lists and all. 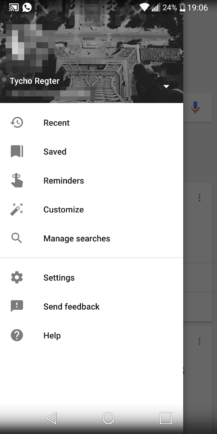 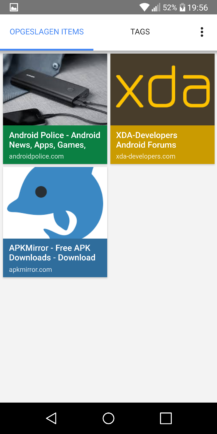 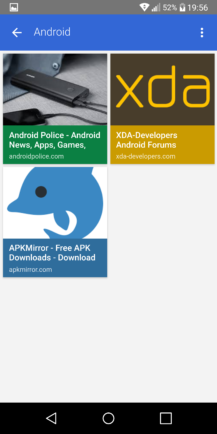 New "Saved" icon in the Google app's side menu lets you easily go to your lists and saves.

But the more interesting change is in letting you save pages from mobile from the menu bar of any Custom Tab that opens through the Google app, either as search result or from recommended articles in your Feed. The Google app is customizing its downstream Custom Tab's menu and showing a bookmark icon instead of the share icon that you normally see. 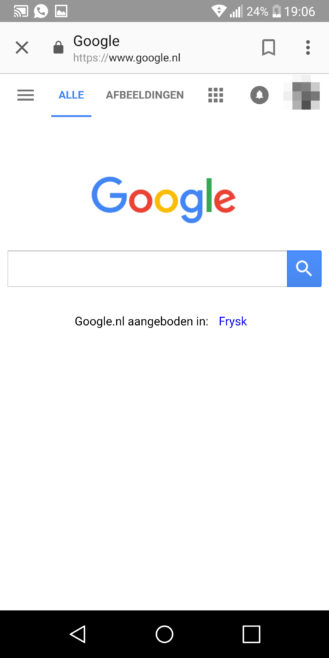 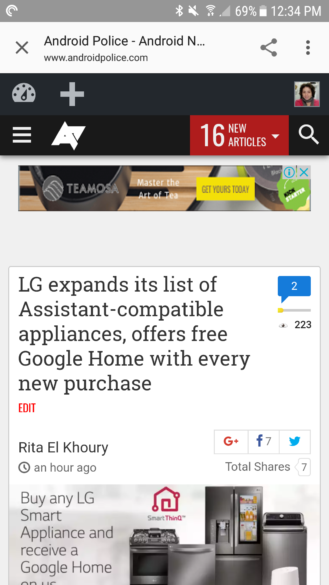 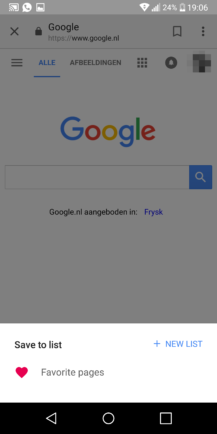 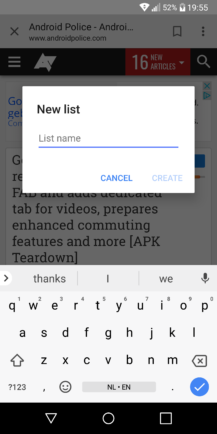 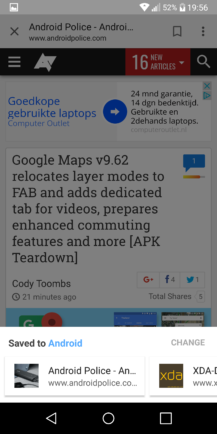 We've only seen one user mentioning this, and our tipster was on version 7.12.17.21.arm64 of the Google app and 11.7.30 of Play Services, if you want to try to replicate this. We don't see it yet on any of our devices, so we're pretty sure it's a limited server-side test.

As for what that means, it seems that Google is slowly but surely walking away from traditional browser bookmarks and trying to consolidate everything you save on the web in one place, regardless of its type. I'll hold onto my agonizingly curated list of bookmarks and pray to the Google lords that they keep them in Chrome for years to come. But I do understand that for the new generation of users who don't carry a baggage of bookmarks, Google's visual saves and tags system is more appealing and modern.

Google Finance will be retiring its portfolio feature in mid-November