Mozilla announced Project Quantum almost a year ago. The company has been supporting the development of Servo, an experimental browser engine written in Rust, for some time now. While Servo is incredibly fast, it doesn't have the full featureset that more mature engines like Gecko (Firefox's current engine) and Blink (Chrome's engine) have. Project Quantum is Mozilla's plan to gradually replace parts of Gecko with components from Servo, thus making Firefox faster. The company is comparing this to replacing parts of a plane's jet engine while the plane is in flight. Maybe at some point, Servo will completely replace Gecko, but that is a very long ways off. 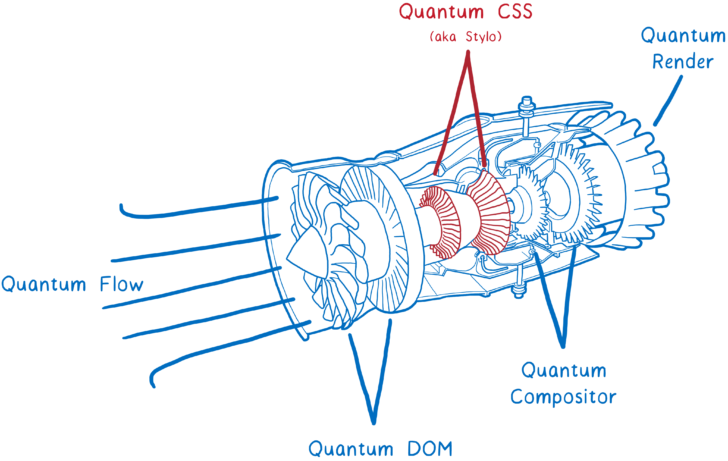 The main component of Project Quantum that will ship in Firefox 57 (on the desktop) is Quantum CSS, based on Servo's CSS style system. Quantum CSS is responsible for rendering the appearance of elements on a page, based on the applied CSS rules. By taking advantage of newer processing methods and parallelism (splitting work up among all CPU cores), this drastically speeds up the loading of web pages.

Unfortunately, Quantum CSS will be disabled in Firefox 57 for Android. At the moment, Mozilla intends to ship it in Firefox 59, but that could be subject to change. But several other features from the update, like the new Photon UI and Custom Tabs, will be ready. Firefox 57 is currently in Beta, and you can download it from the Play Store below or from APKMirror.

Mozilla reached out to us and said that some Project Quantum improvements would arrive in Firefox 57 for Android. The article has been corrected.