I listen to podcasts on an almost daily basis (including the excellent Android Police podcast, of course), and for as long as I can remember, my app of choice has been Shifty Jelly's Pocket Casts. It's easy to use, has all the features you'd expect, and the design is great. The developer is always looking to improve the experience, and for me it, became a whole lot more useful once a web player was added. The beta of the new 2.0 version of it has just been announced, and it looks like a big update.

Apparently, the devs have been surprised by the popularity of the web player, which until now has had a fairly rudimentary feature set. Realising that the web player was actually the primary listening platform for many users forced a rethink that ultimately led to this big 2.0 beta update, which is ground-up rewrite. Let's take a look at how the new version differs from the old one. 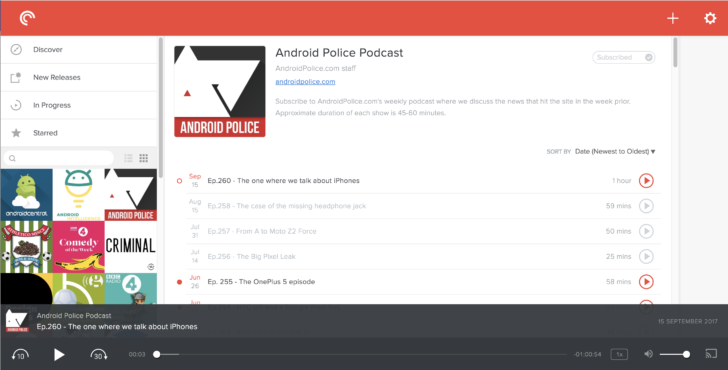 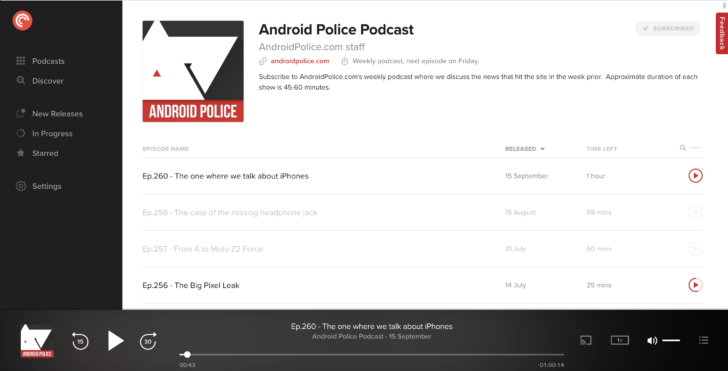 As you can see, the new version is a lot cleaner, with much better use of space. Gone is the largely redundant red header bar, with all of the menu items moving to the left-hand navigation section. The player at the bottom looks bigger than before, but in fact takes up the same space. This is due to clever rearrangement of its contents making everything a bit clearer. Overall the look is much more similar to what we see in the Android app, and that's a good thing.

The update includes a lot more than superficial visual tweaks, however, and you can see the full changelog below:

Searching and sorting are much improved in the 2.0 beta, and listening stats will now sync up between the web player and mobile apps. An Up Next play queue feature has been added, so you can plan out your daily listening and then get on with other stuff. Mac owners will be pleased to hear that there's now a companion app (direct download), so you can separate Pocket Casts from your browser. A dark theme has also been added (see below), much like in the Android app. 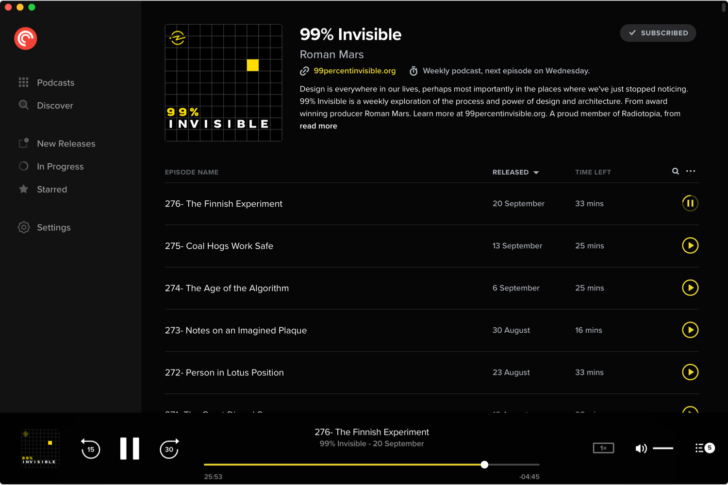 There are apparently more improvements to come later in the year, but in the meantime, you can test the latest features by logging into the beta player, although it's only available if you've paid for the app. There's a built-in feedback button in the top right corner, so use that to let the developers know what you think or if you catch any bugs. You can go back to the stable version at any time by signing back into the old player. There's no release date set for the beta version to graduate, with the plan simply being “we’ll ship it when it’s done.”