You know what has puzzled me for months? You can say, "OK Google, send a message," and it will listen and transcribe everything you say, but in apps that already have a voice/audio messaging feature, why go through all the trouble? Or at least why not offer the option to just send the audio clip of what you said, as it is, without trying to transcribe it? That would work wonderfully in WhatsApp (and Telegram, Viber, Allo, and other apps) in situations where you either think the speech-to-text won't pick up on some of your words or where you want to say something in a language that isn't supported. In Lebanon, for example, we frequently hop between 3 languages and using dictation is torture because I have to tell my brain to only speak in English.

Well, that option is now available (it could have been there for a while, but I haven't seen it mentioned anywhere). But only on WhatsApp. And only on Assistant. And only on phones. Alright, at least it's there and we know it works. I actually stumbled across it yesterday while looking through the Assistant's different features and saw that WhatsApp had a "voice message" option. I instantly tested it and saw that it works as expected. 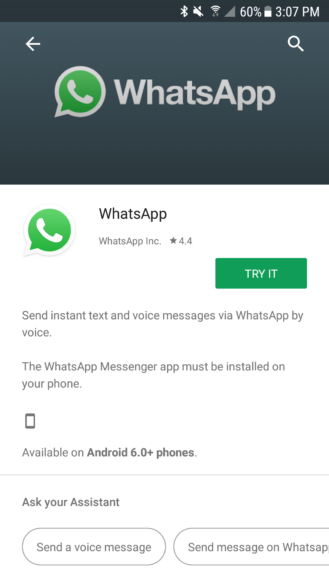 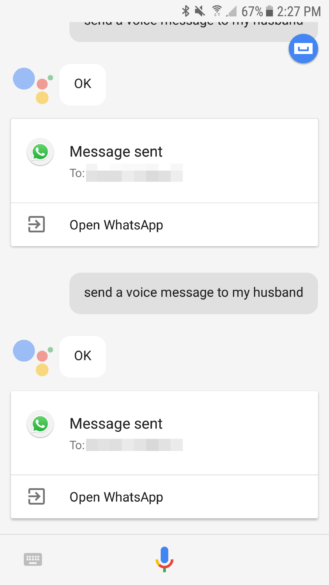 So if you open the Assistant and say, "OK Google, send a voice message," the interface will go to the one you see below where you can specify who's the recipient and record the message. Once you're done, say, "OK Google, send," or tap the send button on the top right and the audio clip will be sent as is through WhatsApp to the person you chose. 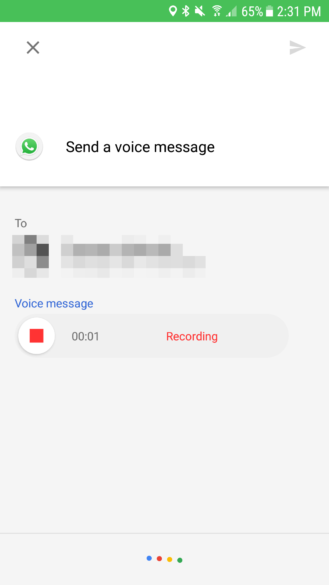 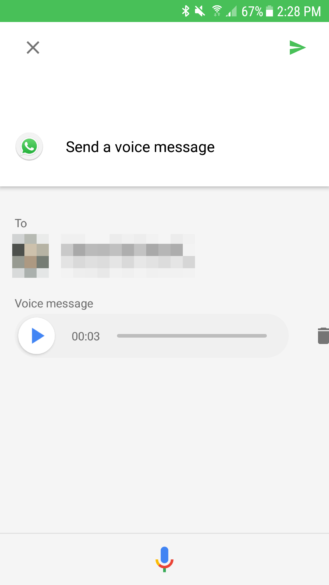 All in all, you can say:

Obviously, you can edit and cancel everything before sending, so you can change the recipient or delete and record another message. Oh and since this is Assistant, you can assign shortcuts to this so you don't have to say those exact words. 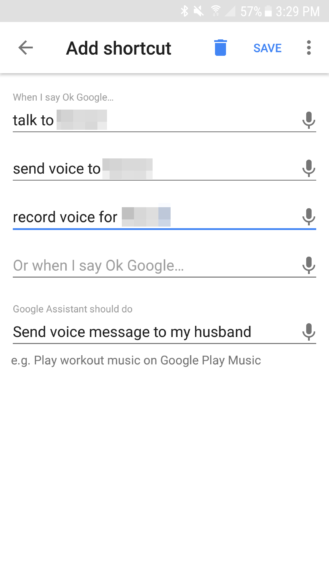 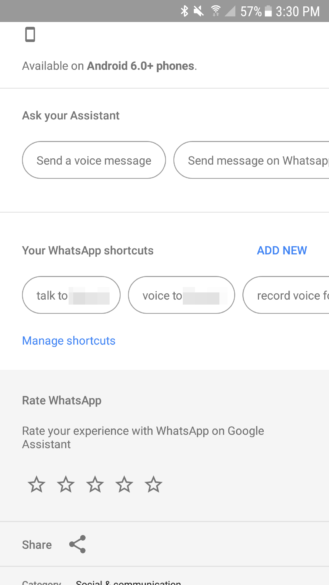 I tested this on Android Wear and couldn't get it to work. Assistant only dictates and transcribes messages there, it doesn't record audio clips, even though Wear is where I'd use voice messages the most. I can't be bothered to verify dictation on my watch's screen or repeat a message twice while on the move. I also tested it in the regular Google Search/widget voice command and it looped continuously, never triggering the voice message interface. I checked several other services like Telegram, Viber, BBM, Threema, and TextPlus on Assistant, and they only showed sending a regular voice message as an option, so this might be limited to WhatsApp for now.

But regardless of the limitations, I'm super thrilled to see this now. I don't have to hold the mic button while recording a WhatsApp voice clip if I'm walking or doing something else. I also don't have to resort to regular text dictation, knowing Google might not recognize some specific word or that I have to speak in English without a word of Arabic or French so that the dictation works. Audio messages remove those complications. I would have hoped to see this on Android Wear and Google Home, and for users of apps other than WhatsApp, but well, we gotta start somewhere, don't we?