Layer modes move to a FAB 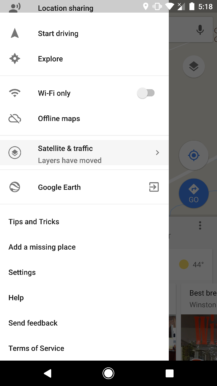 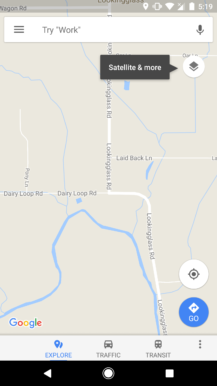 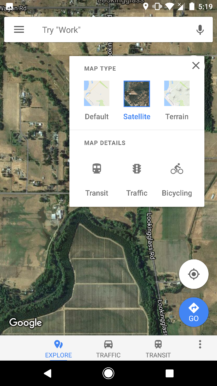 It was hinted in a teardown about a month ago, and now we're looking at the layer modes making a move from the nav drawer to a brand new FAB at the top-right corner of the map screen. The new dropdown contains thumbnail images for the map modes and icons for each of the detail modes. Functionally, nothing has really changed, but this looks more intuitive and it's easier to use. As a bonus, you can now switch quickly between modes without re-opening the drawer each time 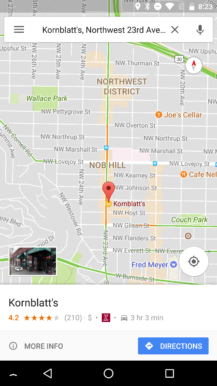 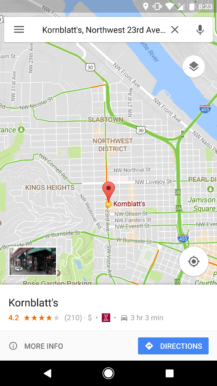 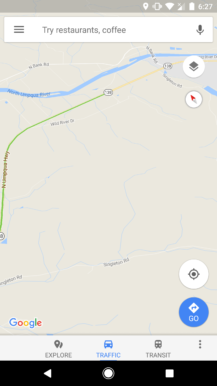 It's worth noting, the new layers FAB replaces the persistent compass that was previously in the same location. Actually, it's not a total replacement, the compass still appears if you rotate the map or switch to compass mode (the view follows whatever direction you're facing), but it will disappear again if you return to the up-is-north mode. 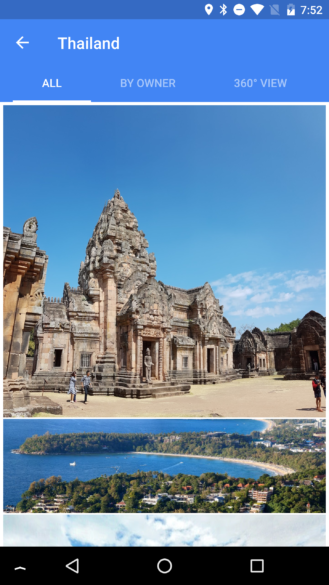 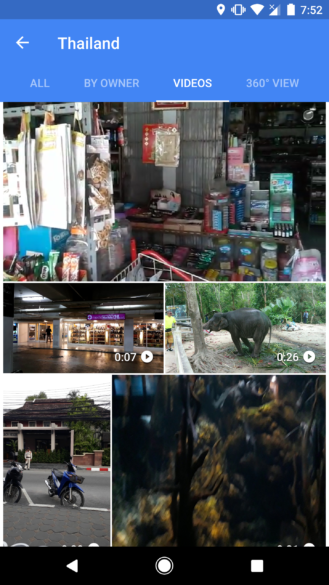 Last month, Local Guides were invited to begin uploading videos for everybody to see. Now that the collection of videos is growing, the Maps team is giving them a dedicated tab in the photos screen where they can be browsed in earnest.

Videos were previously mixed in with everything else in the "All" tab and only identifiable with a tiny time indicator and icon at the bottom right corner, which meant they were pretty easy to miss.

Notifications for questions about your area 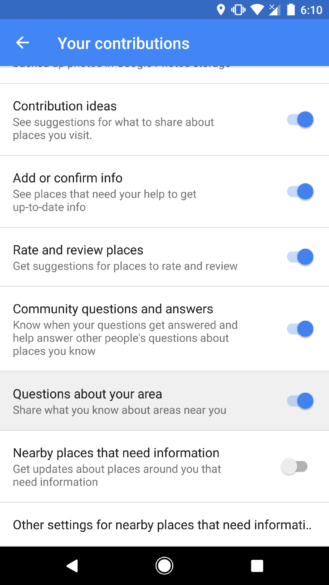 New notification options turn up pretty often in Maps. At this point, this section is just here to let you know they're available to be turned on or off so you don't have to look for them yourself. The latest addition has to do with questions asked about the areas near you. If you don't want notifications when somebody asks about something, head into Settings -> Notifications -> Your Contributions and switch off Questions about your area. Otherwise, leave it on and it'll probably help you net a few more points toward your next Local Guide level. 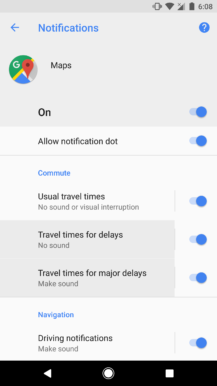 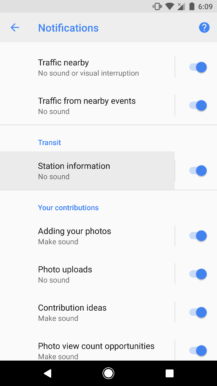 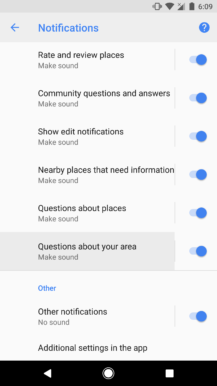 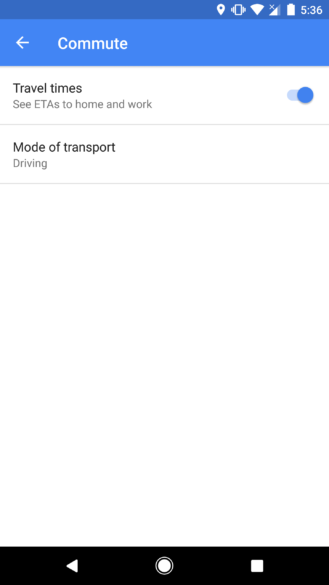 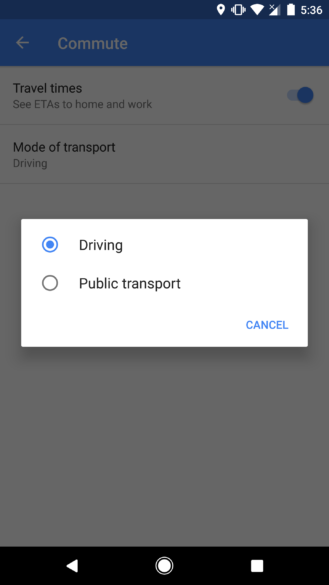 This isn't actually new with v9.62, it just happened to be enabled remotely by Google since the last major update. Originally identified in a teardown of Maps v9.53, Google is adding settings to manage notifications about your commutes. For now, you can enable or disable the notification containing travel times and determine if the standard mode of conveyance is driving or public transport.

This screen will be getting more interesting soon, but you'll want to read the teardown for more about that.

Create and customize your commute

We might now be looking at some new notification settings for commuters, but commutes have always been a little bit loosely defined. Commuters have mostly been relying on Maps to figure things out automatically based on their habits and the locations of work and home. That's fine for the M-F/8-5 crowd, but that's not really how the world works these days. Judging by some new text, that's going to be changing a bit as commuters will be able to more precisely define their schedules and commuting plans.

The promo text is already in place. It basically advertises that you can "beat delays on your commute" with notifications about travel times and incidents. Sounds familiar, right? That's basically what the current commute notifications promise to do, not to mention Navigation and Driving mode... oh, and the Google app does that too... we can't forget that.

The next section won't look so familiar. There's going to be a whole new screen for configuring commute settings. It includes fields where you can define which days you leave for work and at what time. You'll also record the times you're normally planning to return home. If you're scheduled for the afternoon or night, this should suit you pretty well. There's even a "+1 day" indicator that will show up if you'll be working through midnight and the calendar flips to the next day.

If you don't actually travel that far for work, or maybe you don't travel at all, you'll also be able to tell Google Maps to not try to push commuting on you. On the other hand, if you don't already have addresses in place, it will encourage you to put in either a work or school address to get started.

That's not where the options stop. Commuters will also be able to define their standard mode of transportation. The list of possible modes of travel isn't restricted to the same two options in the current notification settings, either. You'll be able to pick from driving, public transport, walking, biking, motorcycles, or none of the above – I suppose that's for those of us that travel by jetpack. Aside from the last two options, this list has turned up before.

Maps will still try to learn from the things you do, so it will encourage turning on location history if it's not already enabled.

Finally, there are a block of string names with the prefix "commute immersive." Between the name and some of the text, I think this is going to be a special navigation mode for commuters, but I'm not sure how it will differ from regular navigation.

Two-wheeler mode follow-up: It's for motorcycles

If you remember the brief topic of two-wheeler mode from v9.61, I assumed it meant Google Maps would be adding a mode for motorcycles. I was still hedging a bet with the possibility it was a reference to bicycles or some other vehicle. It's now possible to say with confidence that this is a motorcycle mode. If you were paying close attention in the last section, these two strings popped up:

It doesn't get any more clear than that, the two-wheeler mode is for motorcycles. Not only is that now spelled out, there is also an icon to go with the new mode.

Let people know you're on the way to home or work

This is a quick one. If you're running late to work, you'll be able to send a preset message to let coworkers know you're enroute.

These two lines join a matched pair added a few versions back with the intent to let people know you're on the way home.

There's not much more to say about these. I have a feeling they will become available in the commuting mode, but it's hard to be sure.