Remember when being able to run Adobe Flash was a selling point for Android devices? The plugin was never officially supported past Android 4.1, but various hacks kept it alive for a while longer. Some browsers continued to support the plugin for devices that could run it, including Firefox. But the next major Firefox update, v56, will finally drop the plugin on Android. 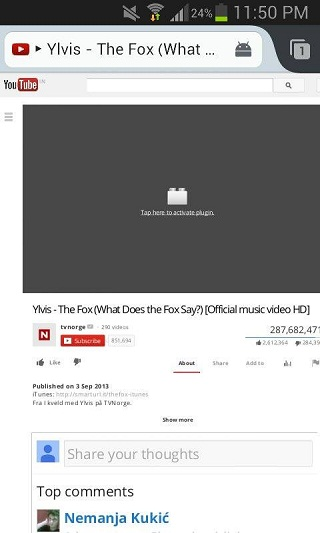 Mozilla previously said that v56 would kill support for Flash on Android, as part of the company's plan to drop Flash on all platforms by 2020. Firefox 56 is the first version to require Android 4.1 or higher, so it makes sense why Flash support would also end. Now that Firefox no longer works on the Android versions that Flash (officially) ran on, there's no point in supporting the plugin.

Firefox 56 is currently in the Beta stage, and is scheduled to be completed later this month. You can download Firefox Beta from the Play Store below, or from APKMirror.

WhatsApp is now blocked in China