There is a small problem you can run into when setting up a Wi-Fi hotspot in previous versions of Android. By default, the SSID is just AndroidAP, and a lot of people don't change that. So if your phone, tablet, or laptop connected to such an access point in the past, they'd try again every time they saw that Android AP SSID. But as of Android 8.0 Oreo, any devices that never ran a previous version of Android will get a unique hotspot SSID.

There is a caveat, and that is that any device which has been upgraded to O won't see this behavior by default. My Pixel XL (which I just got, WOOO!) didn't show the new SSID name after an upgrade from Nougat to Oreo. But a freshly-wiped Oreo AOSP build on another device did exhibit the behavior, so YMMV. If you're in a rush to experience a whole new world of unique hotspot SSIDs on Android O, you'll probably need to wipe your device. 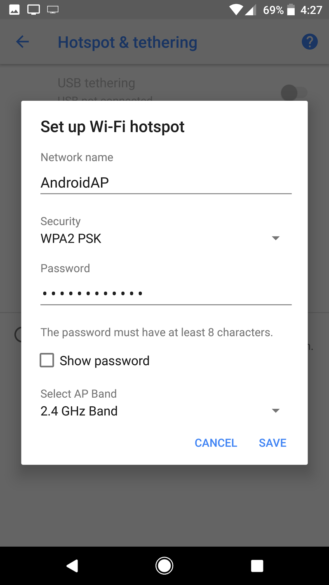 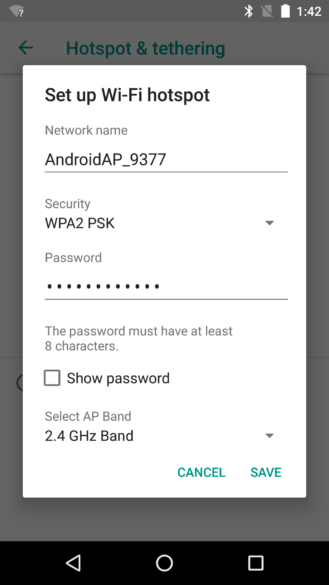 AP author Cody Toombs was able to track down the relevant bit of magic in Android O AOSP source if you've got a burning desire to see how it works. It just adds a random four-digit number (between 1000 and 9999 ) to the end.

For many, this change to unique SSIDs is immaterial. Even before you could change the default SSID to be unique on your own. But no small number of people make do with default settings.

There are a lot of benefits to this seemingly minor tweak. If you use your phone as a hotspot in a crowded location where others do the same, like an event or a shared-space/work bar, then having unique SSIDs will make it easier to figure out which network is yours. And if you are using a unique SSID then your laptop won't immediately try to connect to someone else's similarly-named network. But, since it doesn't seem to be the default behavior for upgraded devices, it might be a few years before we really get to collectively reap the benefits of this change.