Our readers are probably quite familiar with Paranoid Android, as the developers behind AOSPA have been prolific over the last few months. The latest update for the ROM, v7.3.0, brings a lot of changes. But the biggest addition doubles down on the project's earlier commitment to photo quality. As of today, Paranoid Android has its own camera app. 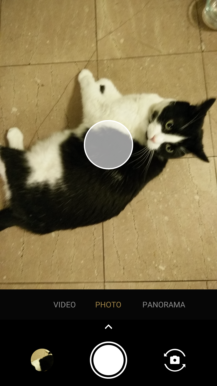 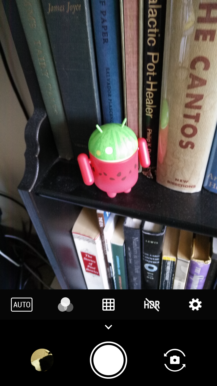 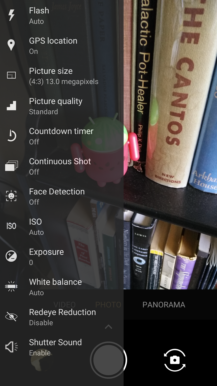 It looks exceedingly simple, but that's deceptive. You swipe left and right to change between video, photo, and panorama modes. The shutter is big and obvious. Right from that is the front/back camera toggle, and you have a simple gallery on the left. Slide up, and you get basic toggles for things like HDR and a grid. And, if you tap the little settings cog, almost all the options you could want are present.

There are a lot of overly complicated camera apps out there, and I'm glad AOSPA took a more basic approach to the app's layout. It looks simple, but it has the extra configurations tucked away that you might need once in a while. Generally speaking, if I want manual controls, I'm going to use something better than my phone to take a photo. The best advantage to the simple up-front appearance is that I can hand a phone with this app open to anyone, and they'd understand it immediately.

I would have loved to test the app on my OnePlus 3 since AOSPA built their own camera binaries for it. I'm interested in seeing if the two work together in any special way. Unfortunately, we had somewhat short notice for this release, and I needed my OP3 for another project at the time. 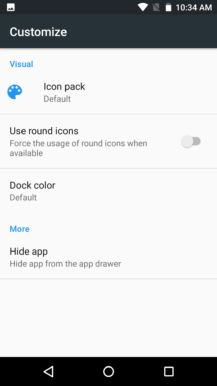 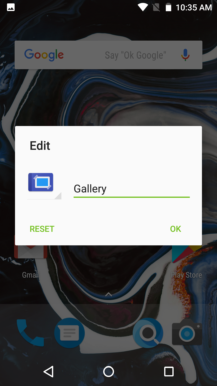 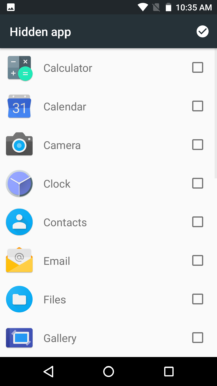 I'm a huge fan of the launcher included in Paranoid Android. I think it's the best of any ROM I've ever used. So it's good to see that the AOSPA devs aren't resting. I wish more ROMs would pay attention to the quality of their launcher.

Among the included changes to the launcher are the ability to hide apps from the drawer and home screen, support for round icons, dock color options, and app-specific custom icons. That gives you a lot of new options for further personalizing your home screen and overall launcher experience.

The full changelog (non-device specific) is just below.

A few phones, like the Le Pro 3 and the OnePlus 3/3T also have a pretty big list of individual fixes and changes. Almost all supported devices have also been patched against the BlueBorne vulnerability. For the full changelog, you can check the Google+ post for this update. Downloads for AOSPA are available here.

If you're a fan, or you just like the fact that AOSPA exists, keep in mind that the project is starting to have problems with server capacity these days. They're accepting both donations and infrastructure contributions if you've got some spare server space handy. You can reach out to the developers for more details.