Everyone loves swiping, right? You can do it on your keyboard, in your homescreen, you can even do it at people in Tinder. And YouTube appears to want some of that action. As of version 12.34.54, which was released a few weeks back, you can now swipe to remove videos from your lists in the Android YouTube app. Prepare to left swipe dat video you were never actually gonna watch. 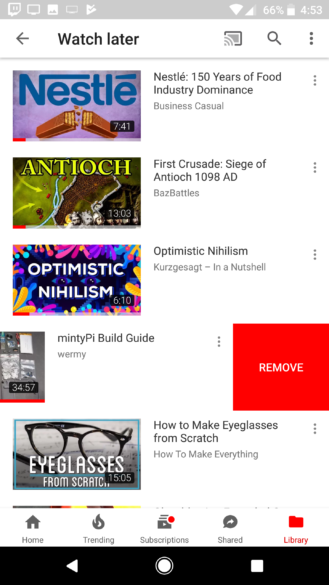 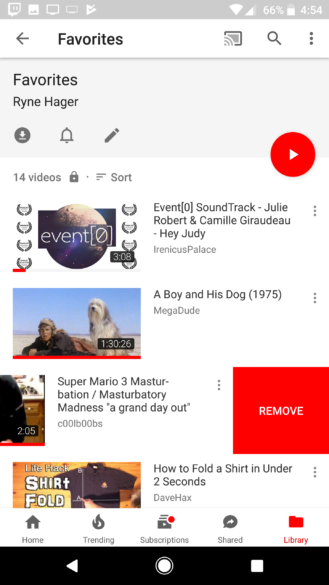 The new feature works almost exactly as you'd expect. Load up a list like "Watch later" or "Favorites" and, well, swipe left. The video not-quite-card will bump over about a third, exposing a "remove" button. Tapping that does precisely what you think it does.

The feature slipped under our radar, but it hit a few weeks back around the beginning of the month with YouTube 12.34.54. This was just shortly after the redesign that introduced the new logo.

Any of the more recent versions will include it. So if you're excited to swipe your lists clean and avoid all the tedious tapping of the past, you can download the latest version over at Google Play or APK Mirror.