Any fan of the popular Trivia Crack series should be familiar with its developer Etermax. Well, it would appear that they have recently released two new free-to-play games on the Play Store, and they don't look half bad.

Orbital 1 is the first game to look at. It's a real-time strategy game set in a sci-fi universe. Mostly it plays like Clash Royale or Titanfall: Assault, where you utilize a deck of cards in order to deploy your units into the battlefield. So if you find you enjoy MOBA style gameplay mixed with collectible card game mechanics, Orbital 1 may just be of interest. Of course, when you consider that this is a free-to-play title, you will have to deal with all of the issues that come with it. Often a liberal use of in-app purchases in an online multiplayer game will give those with the most money spent a distinct advantage. If you find this is not normally an issue for you, then I say go on and dive in as the gameplay is pretty fun. The other game Etermax released recently is called Voxtale, and it is a 3D voxel cube building game where you are tasked with rebuilding the destroyed voxel world the gameplay takes place in. Not only will you be spending your time constructing voxel models in its story mode, but you can also jump straight into the game's pre-made timed challenges to build what is asked of you before your allotted time runs out. With 1000+ common, rare, and exceptional models available, the more you build, the more items you can display on your very own customizable voxel islands. Both games are available right now on Google Play for free, though they do each contain advertisements as well as in-app purchases that range from $0.99 - $99.99. While I have not spent a ton of time with either release in order to know for sure how bad these IAPs get in the late game, my initial impressions so far have been pretty positive. 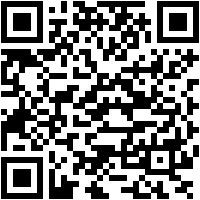 Mash no more: The 'check for update' button on Nexus/Pixel now always pulls the latest OTA