Credit where credit is due. Verizon and Samsung are doing a good job of keeping relatively older devices updated with security patches. After upgrading the Galaxy S5 (2014) to the August security patch, they're now releasing an update to the Note 4 (also 2014) with the latest security patches that brings it to software version MMB29M.N910VVRS2CQE1.

Although Verizon's update page doesn't specifically state they're the September security patches, and we don't have a Note 4 on Verizon to verify, odds are that's what we're talking about. Verizon is, however, clear about the fact that these patches include a fix for the Blueborne Bluetooth vulnerability that's been all over the news for the past few weeks.

It's actually quite surprising to see the Note 4 get this fix so fast — heck my much newer S7 Edge doesn't have it yet — but my personal bet is that Verizon and Samsung were already working on releasing the August security patch, just like the Galaxy S5, and they bundled the September/Blueborne fix last-minute because of how important this vulnerability is and to avoid having to work on another update immediately after.

If you have a Note 4 on Verizon, you should see the notice for the update soon or go manually check for it in your device's settings. And when you're done downloading it, let us know if the security patch level is September or August. 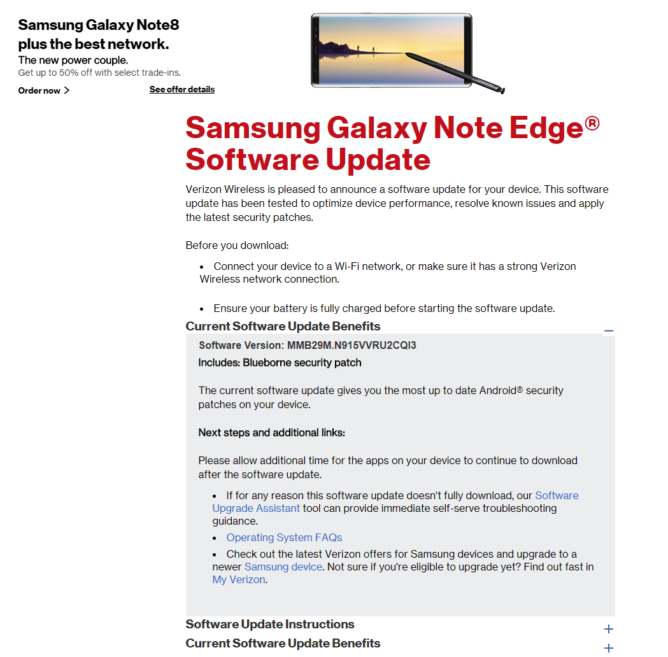 Pokémon Playhouse is an all-new Pokémon game for young children, and it's completely free to play