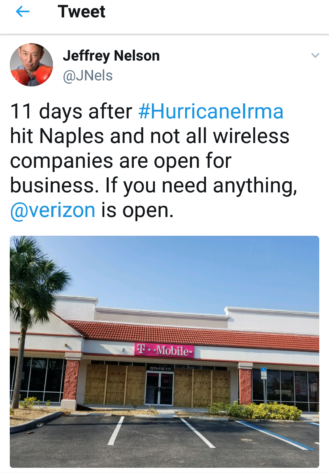 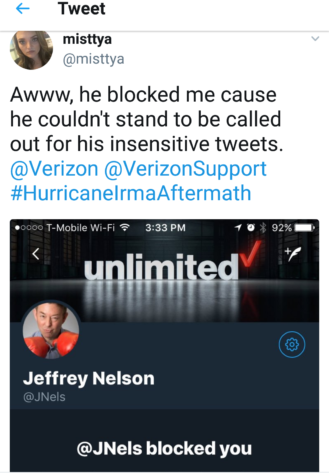 According to Jeffrey Nelson's LinkedIn, he's the VP of Corporate Communications at Verizon. And a look at his Twitter bio reveals that he's the lead external communications guy for Verizon businesses and a PR strategy guy. That's right; this "PR strategy guy" took advantage of Hurricane Irma's disastrous effect on the community by bragging about how his company's stores were open and making a low blow towards other corporate stores.

Is it good that Verizon stores are open for business after such a devastating storm? Sure. But to choose this time to make fun of another carrier is completely uncalled for. Thousands of homes were damaged, millions were stranded, 73 were killed, and countless others injured, and this guy chooses to poke fun at a boarded-up T-Mobile store for not being open right now. 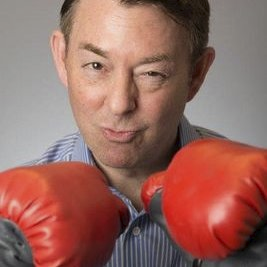 This guy right here blocked people on Twitter for disagreeing with his inappropriate statement.

Thankfully, someone knocked some sense into Nelson. He's since deleted the tweet, but not before a bunch of people called him out for it. He even blocked some people on Twitter for telling him off. (Don't dish it if you can't take it.) You can still view the hate he's received if you search "@jnels" on Twitter. This isn't even the first time that Nelson's taken some heat for an inflammatory tweet, so it sounds like he just doesn't know when to say what. 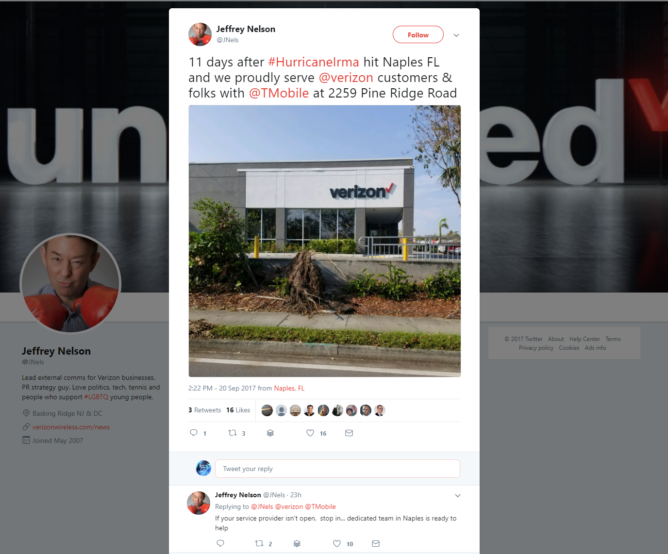 This is what he replaced the tweet with. He's toned it down to a mildly low blow. (update: A screenshot has been inserted to replace the now-deleted tweet.)

Have some decency, Jeff. And if you can't do that, your profile picture suggests that you can take a fight, so don't resort to blocking people when they call you out. Otherwise, you can put those boxing gloves down.

Nelson offered the most half-assed apology possible. Here it is:

1/2 Yesterday I posted 2 tweets about reopening our store in Naples, FL quickly post #HurricaneIrma and noted difference with competitors

2/2 Apologies if I was insensitive in my enthusiasm for dedicated Verizon employees who ran to the crisis to serve our customers.

This is legitimately one of the most insincere apologies I have ever seen. He could have stopped with "Apologies if I was insensitive," but just had to add the "... in my enthusiasm for dedicated Verizon employees who ran to the crisis to serve our customers" to validate himself. Maybe, just maybe, the T-Mobile employees were unable to "run to the crisis" because they had things to deal with from the hurricane?

The "Sorry I annoyed you" meme that @markdwags replied to Nelson with is so, so perfect. For context, the clip from The Office that this meme originated from can be seen here.

haha, you didn't even pretend to try. pic.twitter.com/dImCAxDmsE