Right out of left field The Pokémon Company has just announced that there is a brand new Pokémon title available today for Android. It's called Pokémon Playhouse, and it appears to have been designed as an official Pokémon game for a younger generation of Pokémon fans.

First and foremost Pokémon Playhouse is a game geared towards children. While I'm sure that anyone can enjoy the more simplistic gameplay of this release, it is undoubtedly designed for kids between the ages of 3-5. This means that there is no requirement for any reading or math skills, which is most definitely highlighted by the fact that a friendly human character narrates the entirety of the title.

As far as gameplay is concerned, the majority of objectives will revolve around meeting new Pokémon by way of exploring various areas in the game. Each location will feature a different activity for its young players to enjoy. These range from caring for your Pokémon, grooming them, and even identifying Pokémon in the night sky. There is also a secondary task of hatching Pokémon eggs by simply carrying them around as exploration happens and objectives are completed.

Now since this is a children's game, many parents may be wondering how it's monetized. Well, I think everyone will be glad to hear that Pokémon Playhouse is completely free to play. Not only is there no introductory price, but there are also no advertisements or in-app purchases. Heck, the game doesn't even track your usage, which says a lot about The Pokémon Company and the respect they have for their users.

While I'm sure all of the more hardcore Pokémon fans out there would rather see a traditional Pokémon game come to Android, at the very least we have been given something that can easily introduce a younger generation to the franchise. When you consider that Pokémon Playhouse is free for anyone to play and that it's super friendly to children, even if they lack reading and math skills, I see no better starting point for those that can't quite yet handle the main series of games. 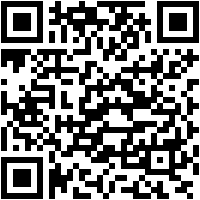