In the wake of natural disasters, it seems like an unofficial race begins between all the US carriers. Which among them will be the first to provide free calls or credits? With the double-whammy of Hurricane Maria and the earthquake in Mexico, T-Mobile, AT&T, and Verizon have all released statements about how customers in affected areas can continue to access service. To make things easy, we've put all the statements from each of the carriers together here.

T-Mobile, in a recent blog post, announced that customers in Puerto Rico would get free calls and texts to the US until the 24th as a result of Hurricane Maria, as well as unlimited data should their plan not include it. That's simple and straightforward, but the post makes no mention of MetroPCS, as the company did in previous statements. T-Mobile provided similar access to those in affected areas after Hurricane Irma and Hurricane Harvey as well, making this pretty consistent.

T-Mobile just made a statement about the earthquake, as well, letting US customers know that they can contact loved ones via calls and SMS in Mexico without any additional charges until the 22nd.

AT&T, on the other hand, is offering free calls, texts, and data for those affected by both the hurricane and the earthquake. AT&T customers in Mexico will see free calls, SMS, and data until the 21st, and customers in the US will receive credits/waived charges for calls and texts made to Mexico during that time. AT&T customers in Puerto Rico and the US Virgin Islands affected by the hurricane will also get a similar deal until the 24th, and calls/SMS from the US to those areas will also be credited.

AT&T has a great track-record with this recently, doing similar things for those affected by both Irma and Harvey. Just after the latter, it donated $350,000 to some relief organizations. And right now it's the only carrier that has responded to both of the recent disasters. 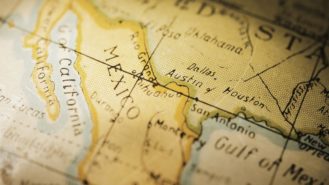 Lastly, we have Verizon, which is offering free calling from the US to Mexico until September 22nd in the wake of the earthquake. Verizon hasn't made any announcements related to Hurricane Maria yet, but since it responded to both Irma and Harvey, I wouldn't be surprised to see a statement about the hurricane soon. Verizon also offers free calls and SMS to Puerto Rico on all its plans, so they don't need to offer any credits for those in the country affected by the hurricane, as it's already included.

After Hurricane Harvey, Verizon also donated some $10 million to relief efforts, so they've made a significant commitment in the past.

Our hearts are with the people of Mexico after the devastating earthquake. We're committing $1M to aid in recovery efforts #FuerzaMéxico

Sprint hasn't issued any statements for either the recent hurricane or the earthquake, and neither has Google's Project Fi, although Sundar Pichai tweeted out that Google would be donating $1 million to recovery efforts in Mexico.

AT&T, Verizon, and T-Mobile seem to be paying quite a lot of attention to how current events are affecting their customers. They are all assisting people affected by both the hurricane and the earthquake. Hopefully, the other carriers can come to match their efforts in the wake of these two natural disasters.

We've been informed that Verizon includes free calls/texts to Puerto Rico in all its plans. The article has been updated to reflect this.

AT&T reached out to us with new information for those affected by the hurricane in Puerto Rico. AT&T has launched a website to help locate family members and friends in the area who may have been affected.

If you are looking for someone in Puerto Rico, and they are an AT&T customer, they can help you reach them.

The carrier is also sending relief flights with equipment such as generators and humanitarian supplies.

FLIR One Pro review: An excellent mobile thermal camera, for a price