The ever-impressive Google Earth saw a sizeable update earlier this year that included new features like guided tours, knowledge cards, and 3D views. Allowing us to see the world from the comfort of our own home is the goal of the Google Earth team, and to that end, it's added another viewpoint with beautiful images crowdsourced from users around the globe.

To activate the feature, on desktop or mobile, go to the hamburger menu in the top left and then turn on the Photos toggle. This will fill the earth with small photo circles, and when you click on one, you'll see an image taken by someone in that location. As you zoom in, more and more circles appear, and each one you click on usually has a few related photos behind it that you can scroll through. The example below was taken near Guatapé in Columbia, not far from Medellín. 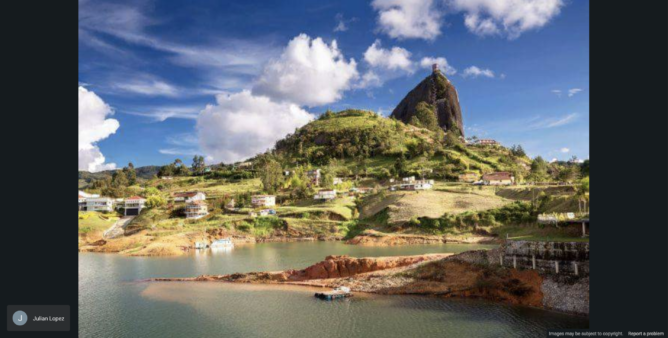 The images are sourced from the millions already uploaded to Google Maps by contributors such as Local Guides with machine learning being used to pick out the best ones for use on Earth. If you want to add your own images to see if they make the cut, you can learn more about doing so here. While I've been able to get the Photos toggle working on the desktop version, it's not yet there on the Android app. Either a server-side switch needs to be hit, or there will soon be a Play Store update; we'll keep an eye out.

Xiaomi brings Mi FileExplorer, with FTP server, to the Play Store for all devices [APK Download]